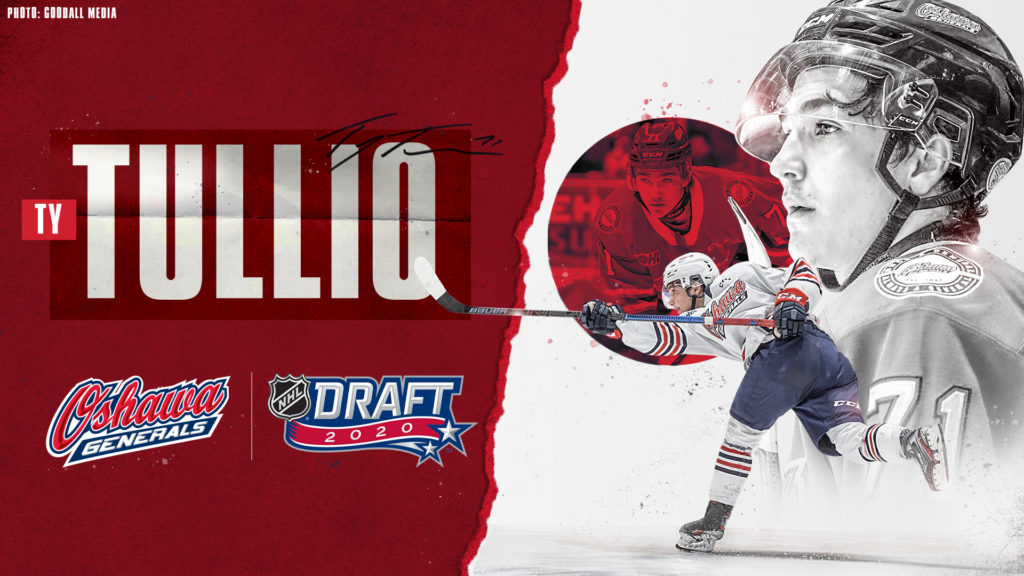 Oshawa, ON– Tyler Tullio has been selected in the 5th round, 126 overall by the Edmonton Oilers, in the 2020 NHL Entry Draft.

The Lakeshore, Ont, native was the Generals 11th overall selection in the 2018 OHL Priority Selection and has been making a name for himself ever since.

In his debut season with the Generals, Tullio put up an impressive 42 points, by way of 15 goals and 27 assists in 60 games. His production continued into the playoffs with three goals and three assists during the Generals’ run to the Eastern Conference Final in 2019.

In his second year with the team, Tullio proved to be one of the league’s top forwards. In 62 games, he scored 27 goals and added 39 assists.

Throughout the year Tullio continued to prove his worth. NHL Central Scouting’s Final rankings had him 52nd in North America after coming in at 54th in the midterm rankings.

Heading into a big year with the Generals, Tullio will be relied upon even more to continue putting the puck in the net, something the Oilers will love to see.

The entire Oshawa Generals organization would like to congratulate Tyler on this milestone.