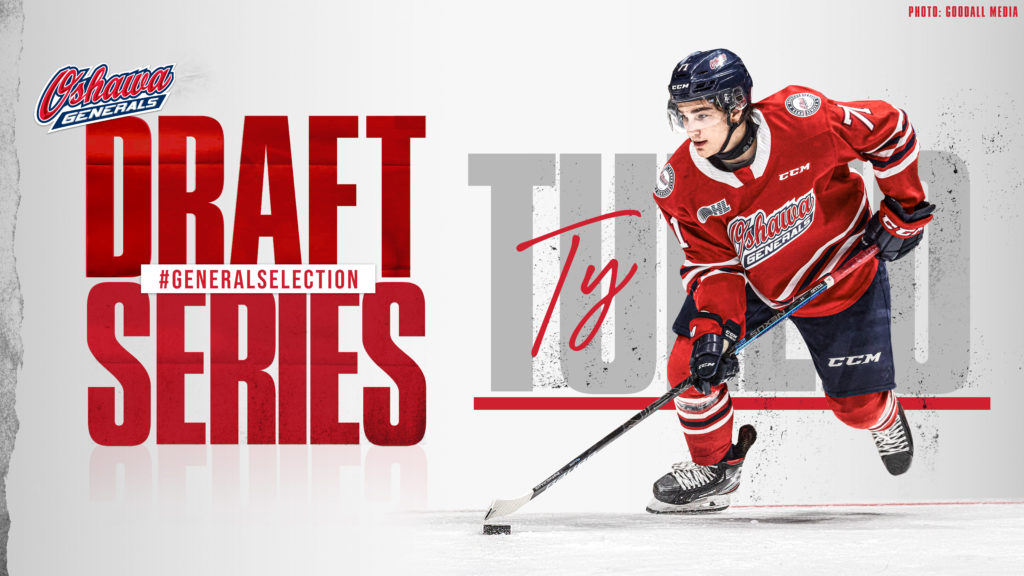 Oshawa, ON– Whether he was jumping from airplanes, riding around in his ATV, or hitting the gym, 18-year-old forward Tyler Tullio has been busy this summer.

During a time when so many people have found it difficult to stay positive, Tullio has been able to stay focused while having some fun.

“[Skydiving] was something I have always wanted to do,” Tullio told play-by-play announcer Callum Ng. “It was a sweet experience. When we were up in the air, the plane was a little shaky dusty plane so I wasn’t too sure about jumping just yet, but once they open those doors, you look down and you’re just amazed by what you’re about to do.”

“I’d do it a hundred times more if I could,” Tullio said with a smile.

Tullio is no stranger to accomplishing amazing things. During his second year with the Oshawa Generals, he scored 27 goals and 39 assists for 66 points – all career highs – in only 62 games. This productive season garnered a lot of attention from NHL scouts, ending the year ranked 52nd on the NHL Central Scouting list.

In advance of the NHL Draft, Tullio says not a lot has been different for him.

“I’ve really been in the gym every day since COVID hit,” Tullio said. “Nothing has really changed with my training and all that, except for maybe the ice-time at first.”

As anyone knows, when you put in the hard work you also get to have some fun, something Tullio has also been doing alongside his hockey training.

“When I’m not training, I like to be out on the water,” Tullio said. “I’ve also got an ATV so I’ve been on the ATV a little bit. These are just things I have had available around the house to keep myself going.

Entering his third year as a General, Tullio knows there will be higher expectations in his offensive game, which he knows he is ready for.

“Throughout the summer, me and my trainers have been working really hard,” Tullio said. “Going into the draft I kind of want to push myself above and beyond and be in the best shape I can be, the best really everything going into the season. I think I can have a really good push and do a lot of things this year.”

General manager Roger Hunt knows what Tullio is capable of and said he is a threat all over the ice.

“Ty is a gifted offensive talent that can score any way possible. He is as comfortable scoring from the crease, to his one-timer, to beating defenseman wide,” Hunt said. “He always goes to the net with his stick on the ice so he makes it easy to play with. If he isn’t scoring he has the vision to be a set-up man from all over the ice. He is strong defensively with a great stick. Don’t ever think he is just a talented goal scorer with no bite – if you do so, it will be at your own peril.”

Tune in on October 6 and 7 to hear Tullio’s name called at the upcoming NHL Draft.