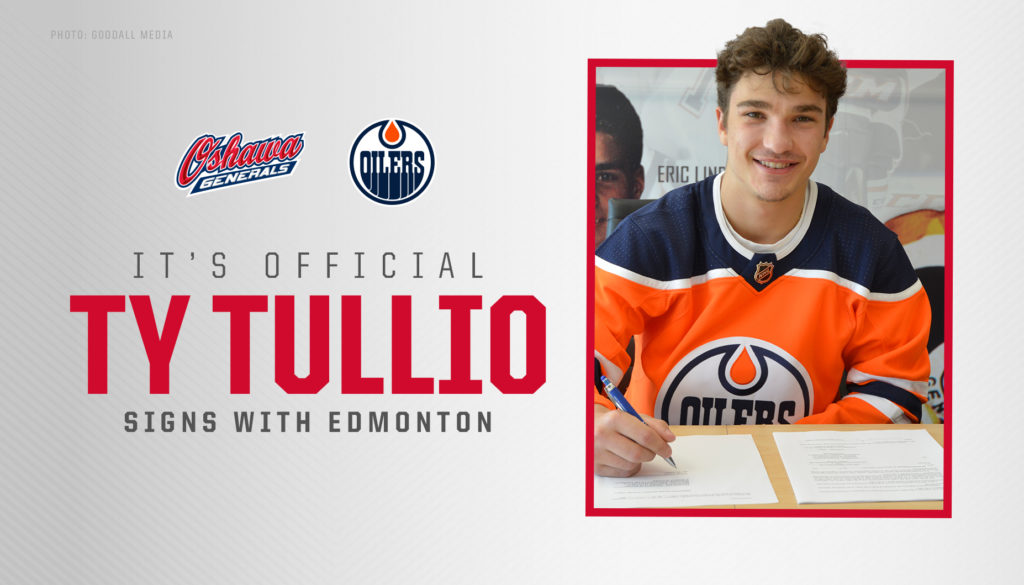 Oshawa, Ont., – The Oshawa Generals are so proud to share on Monday, September 6, the Edmonton Oilers announced they have signed forward Tyler Tullio to a three-year, entry-level contract.

Tullio was Edmonton’s 126th overall selection in the 2020 NHL Draft.

Upon his return to North America, Tullio signed an amateur tryout contract (ATO) with the Bakersfield Condors in March.

Tullio was named captain of the Generals last week as he returns to Oshawa for the 2021-22 campaign. He also recently participated in Hockey Canada’s Summer Showcase for players in consideration for World Juniors to be held in Edmonton and Red Deer in late December and early January.