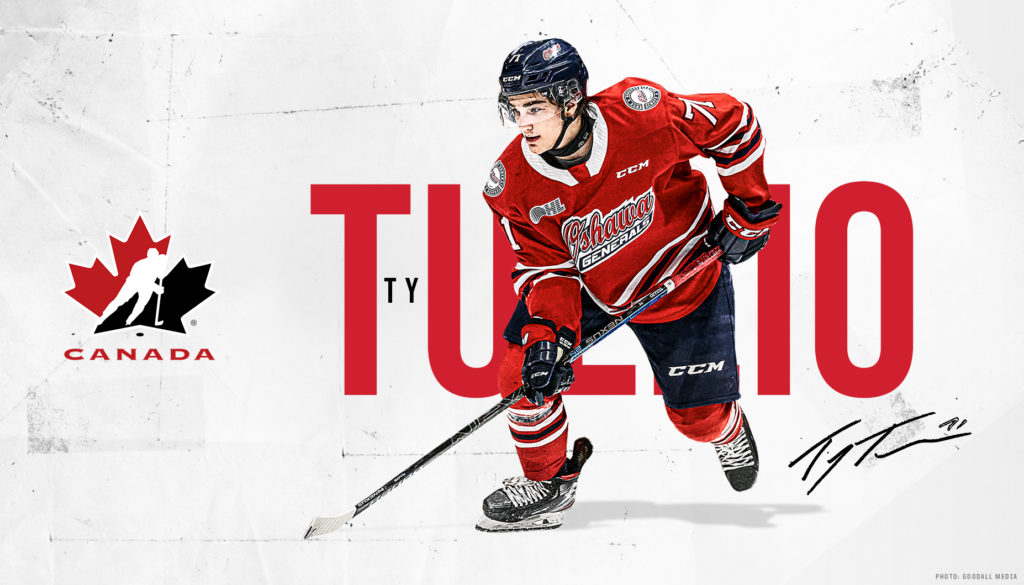 The camp will take place at Seven Chiefs Sportsplex in Tsuut’ina Nation, Albert from July 28th to August 4th.

In a year without OHL hockey, Tullio continued his development by playing overseas in Slovakia for Liptovsky Mikulas. In 19 games with Mikulas, Tullio scored four goals and added nine assists for 13 points. Following his stint in Slovakia, Tullio also joined the AHL’s Bakersfield Condors.

Drafted 126th in the 5th round of last year’s NHL draft by the Edmonton Oilers, Tullio is slated to have a career year when the Generals hit the ice in October.

“This is another huge honour for the Oshawa Generals and personal achievement for Ty,” said team General Manager Roger Hunt. “Ty showed last year what the game means to him. He went to play in Slovakia and then onto Bakersfield in the AHL when our OHL season didn’t get off the ground. This only further proves his love of the game and his want to become a pro.”

Tullo has brief international experience, playing on Team Canada Black during the 2018 U-17 World Hockey Championship. He put up one assist in five games.

“This is a great chance for Ty to show the Hockey Canada brass what he is capable of and showcase how valuable he will be at the World Junior Tournament, and selfishly for us, this also will give him a jumpstart on the upcoming OHL season.”