Tullio and McShane headed to Slovakia 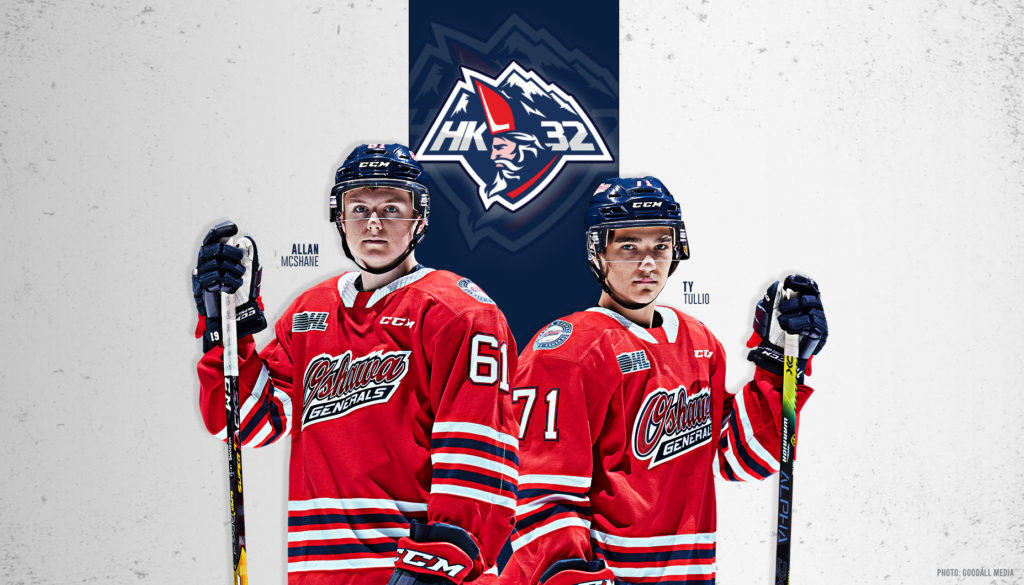 Oshawa, ON– The Oshawa Generals announce that forward Ty Tullio and overage forward Allan McShane have been loaned to MHK Liptovsky Mikulas of the Slovak Extraliga, Slovakia’s top men’s league.

Tullio was drafted 11th overall by the Generals in the 2018 OHL Priority Selection, and since then, has settled right in as a top player across the league. In his sophomore season shortened by COVID-19, Tullio played 62 games with the Generals.

Tullio was drafted in the 5th round by the Edmonton Oilers in the recent NHL draft.

McShane is entering his final year with the Oshawa Generals as one of the top playmakers in the OHL. In 62 games last season, he scored 23 goals and 44 assists. Drafted 19th overall by the Erie Otters in 2016, he was also selected in the 4th round by the Montreal Canadiens in the 2018 NHL draft.

His season was also highlighted by seven games with at least three points.

While both players will begin their 2020-2021 seasons in Slovakia, they have both committed to rejoining the Generals in time to quarantine before the start of OHL Training camp on Jan. 23.