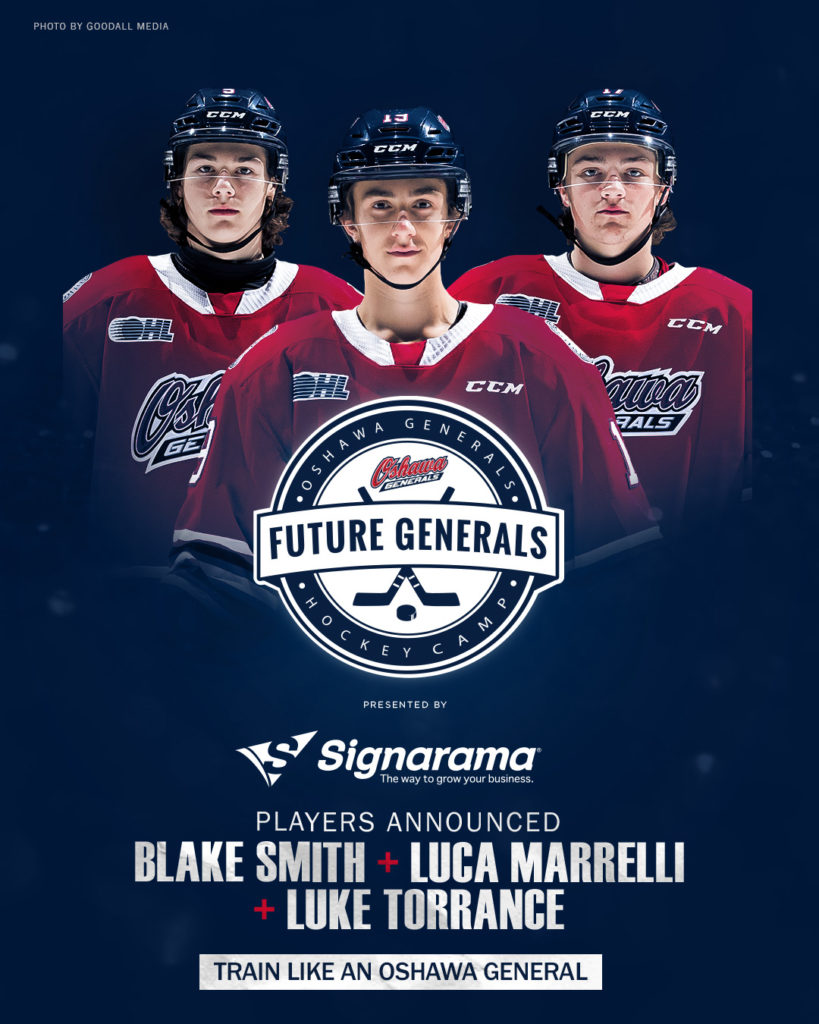 Oshawa, Ont., – The Future Generals Hockey Camp presented by Signarama announces Blake Smith, Luca Marrelli, and Luke Torrance have been added to the growing list of player coaches attending this year’s camp. They’re the second group of coaches announced for this year’s camp, along with members of the Oshawa Generals coaching staff for what is sure to be an exciting week for all campers attending. The Future Generals Hockey Camp is being held on August 22nd -26th at the Tribute Communities Centre.

In Smith’s rookie season with the club, the 17-year-old blueliner suited up in 55 games for his hometown Generals, registering his first career OHL point on November 26th, 2021 against the Ottawa 67’s.

Luca Marrelli joins the camp off of an impressive rookie season with the Generals, appearing in 62 of the General’s 68 games. As a dependable blueliner, the 17-year-old still put up 12 assists across his season.

Lastly, the second Oshawa native to join this year’s camp as a player-coach, Luke Torrance enters ahead of his sophomore OHL season. In 44 games, Torrance added depth scoring for the Gens, scoring four goals and five assists in his rookie campaign.

Regarding registration, there are limited spots available for the 7-8-year-old age group, including one final goalie spot. For more information contact Christian Gontier.