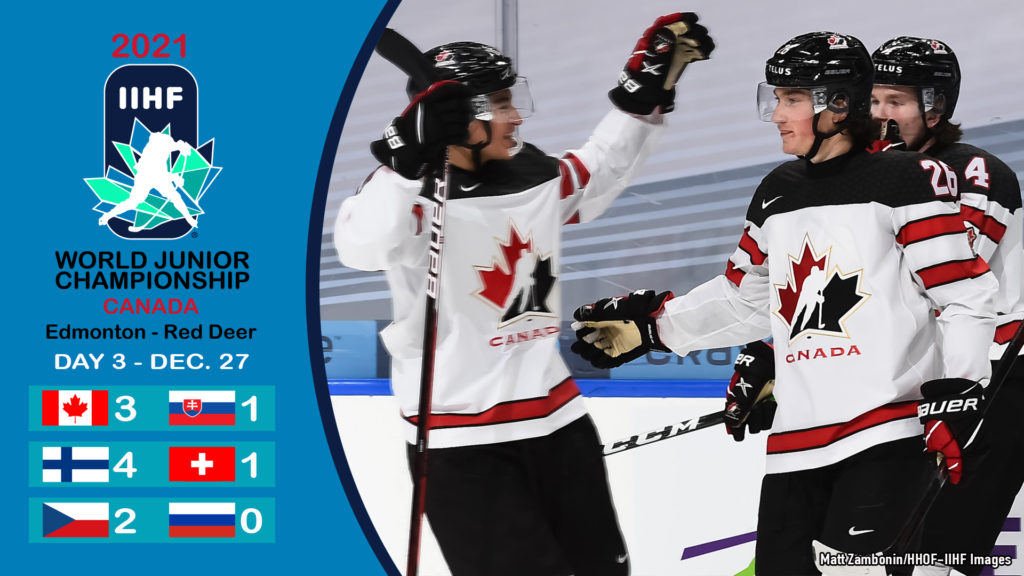 CANADA 3, SLOVAKIA 1
A goal and an assist from Philip Tomasino (Oshawa Generals) and an empty netter from Jack Quinn (Ottawa 67’s) helped Canada hang on for a 3-1 win over Slovakia to improve to 2-0 in back-to-back World Junior matchups.

In his tournament debut, Jordan Spence (Moncton Wildcats) put Canada up 1-0 with an early first period goal. Fresh off a three-point night against Germany on Saturday, Tomasino widened the lead to 2-0 in the game’s final minutes before Martin Chromiak (Kingston Frontenacs) put Slovakia on the scoresheet with less than a minute and a half to go. Quinn found the empty net to regain the two-goal lead.

Devon Levi turned aside 17 of 18 shots while Slovakian netminder Samuel Hlavaj (Sherbrooke Phoenix) made 20 saves on 22 shots. Jamie Drysdale (Erie Otters) was recognized as Canada’s Player of the Game.

GAME OVER! ?? makes it two wins in as many days.

Attilio Biasca (Halifax Mooseheads) put Switzerland on the board first before Anton Lundell scored the tying goal less than a minute later. Juuso Parssinen was the lone second period scorer before Aku Raty and Kasper Simontaival capped off the win in the final frame.

Roope Taponen made 13 saves on 14 shots in net for Finland while Switzerland’s Thibault Fatton solved 39 of the 43 shots he faced.

Despite a number of powerplays, @SwissIceHockey couldn’t convert as @leijonat hands them their second loss of the 2021 #WorldJuniors. https://t.co/OO6fjtdgs7pic.twitter.com/P7eX56uXJZ

After a scoreless opening frame, Filip Koffer (Prince George Cougars) found the back of the net towards the end of the second period before Martin Lang (Moose Jaw Warriors) stretched his team’s lead in the opening minutes of the final frame.

Lukas Parik (Spokane Chiefs) earned the 30-save shutout and was named Czech Player of the Game.

The Czechs’ action continues Dec. 29 at 2pm ET against USA. Russia will also take to the ice on Dec. 29 at 9:30pm against Austria. 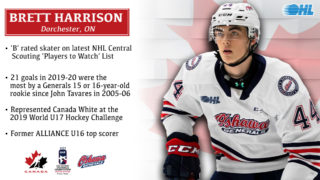 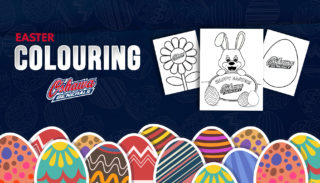 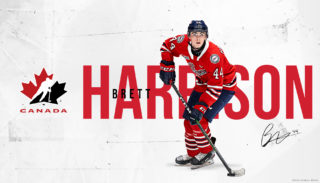