Suni and Mudrak to play in Europe 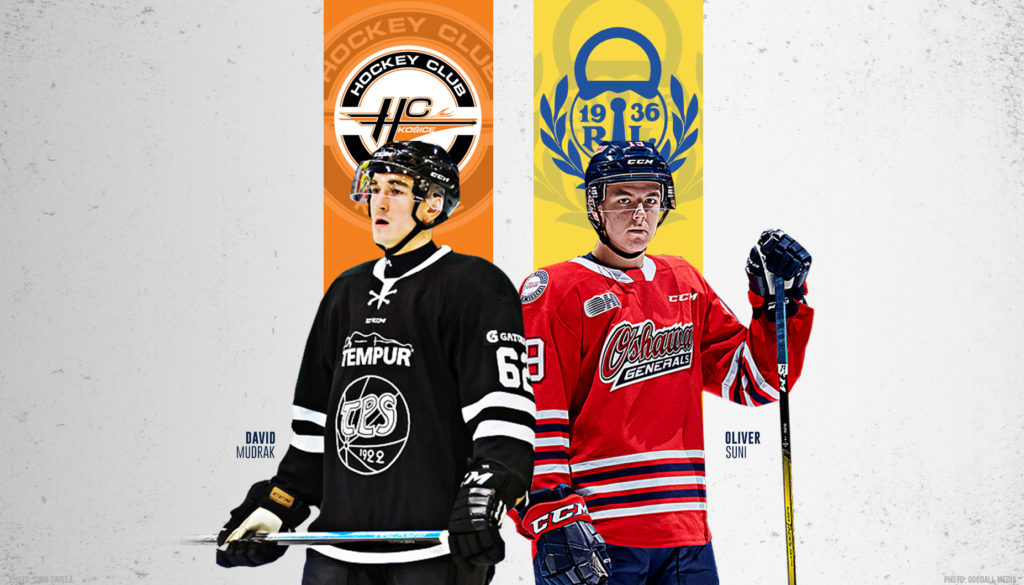 Oshawa, ON– The Oshawa Generals announce import forward Oliver Suni and defenceman David Mudrak have been loaned to teams in Europe ahead of OHL Training Camp.

Suni, the 18-year-old forward, has joined Rauman Lukko’s U-20 team in Rauman, Finland. In a season shortened by injury and the COVID-19 pandemic, Suni only played 43 games but racked up 32 points. Rauman Lukko announced Suni would be joining the team on Nov. 8.

Rauman Lukko U20 is the top junior feeder team of Rauman Lukko, of the Finnish Elite League. Suni made a splash in his debut with Lukko on Nov. 11, scoring his first goal with the team during the first period.

Mudrak, one of the Generals’ newest additions, was selected 37th overall in the 2020 CHL Import Draft. He played the 2019-2020 season in Finland, with Turun Palloseura’s U20 team. In 47 games the defenceman scored six goals and added 16 assists.

While the OHL continues to plan for its return to play on Feb. 4th, Mudrak has joined HC Kosice, playing out of the top-tier in Slovakia. In five games with his new team, Mudrak has scored two assists.

While both players have begun their 2020-2021 seasons in Europe, they have both committed to rejoining the Generals in time to quarantine before the start of OHL Training camp on Jan. 23.