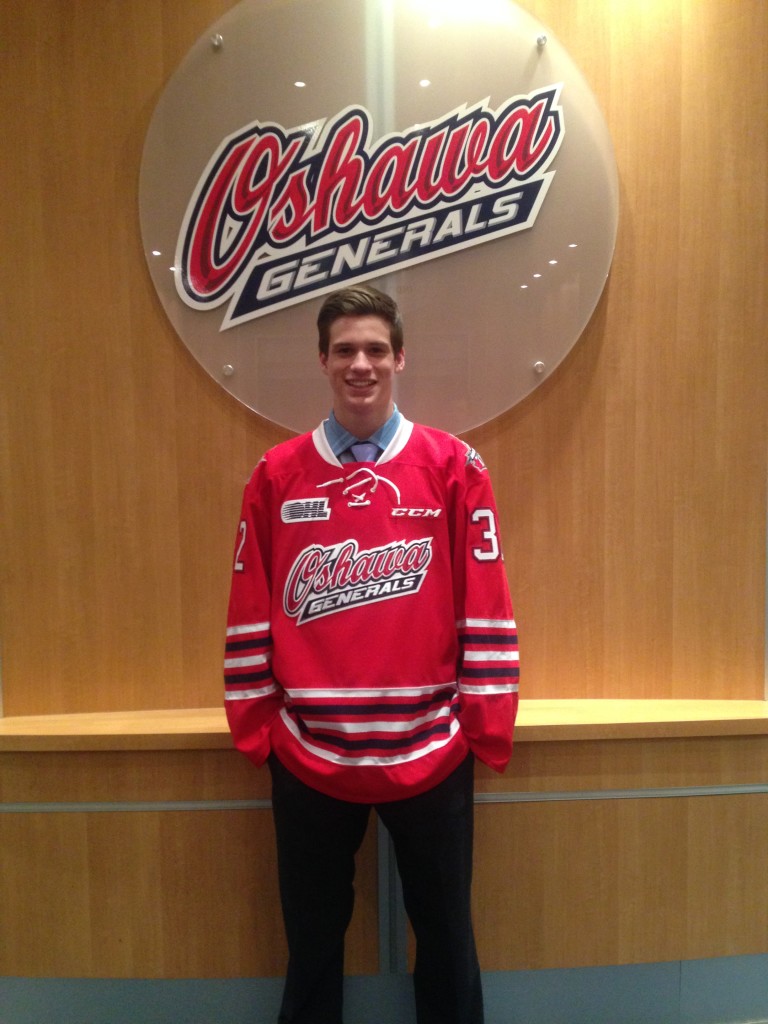 The 16-year-old from Tecumseh, ON, has General Manager Roger Hunt hoping he can follow in the same pattern of success that recent Oshawa General greats have had. “We are thrilled to have Jack committed to the Oshawa Generals, and we look forward to him being an instrumental part to the next chapter for the Oshawa Generals. You can never have too many good centre men, and Jack will follow in the footsteps of Jenner, Laughton, and Cassels of first round Oshawa Generals centre man.”

Jack is not a stranger to the OHL. His brother, Sam Studnicka who played for the Ottawa 67’s last season had 39 points, 5 of which were in the playoffs.

Look for Jack Studnicka on the ice this summer at training camp where he will look to impress.