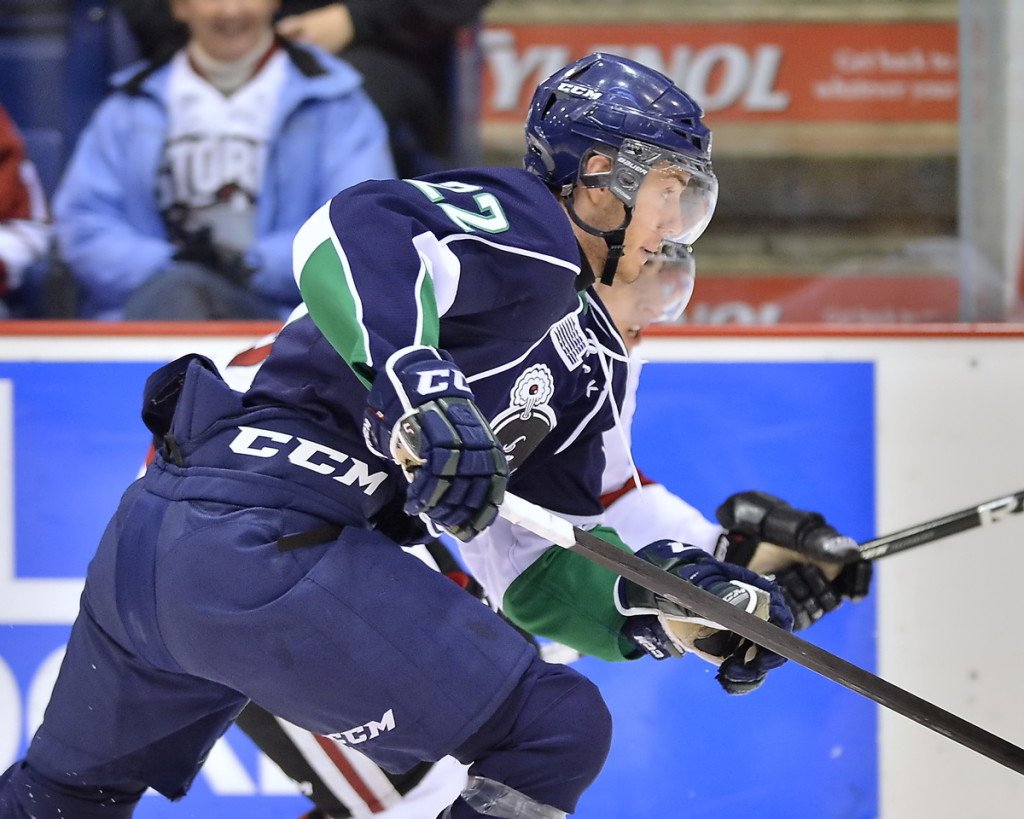 Oshawa Generals General Manager, Roger Hunt says, “Getting a local kid was important to us and I had talked to Plymouth since September. Matt is coming into the team as a goal scorer and he is someone that adds another weapon our arsenal.”

We welcome Matt to the team and wish him the best for the remainder of the 2014-15 season.