Once A General, Always A General: Cole Resnick 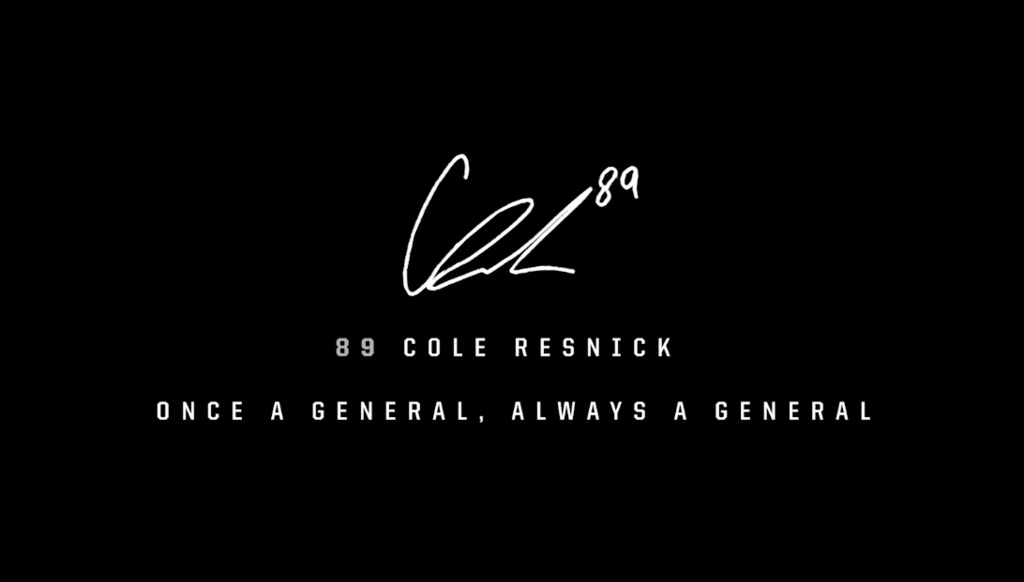 After a standout season with Mississauga in the OJHL and a strong training camp with the Gens to follow, Resnick was signed as a free agent. He cracked the lineup starting in 2017-18 and has been a big part of the organization since then. Offensively Resnick chipped in occasionally, but his main role came as a two-way player.

Resnick’s biggest standout performance came last season in the playoff run, when he broke out offensively putting up four goals in the first two rounds. That included two goals in a very difficult series against the Niagara IceDogs. He anchored the fourth line center spot and was a very reliable presence.

This season, Cole brought veteran leadership with him each and every day. After a stint swapping games played in the third overaged roster spot with Daniel Walker, Resnick was made inactive and joined the Generals’ coaching staff as an Assistant Coach. He worked as the ‘eye in the sky’ watching from the press box and came down in the intermission to share his findings. Being around the team and switching from player to coach wouldn’t be easy for most people. But Cole showed up to work with a smile on his face.

Around the deadline he returned to the lineup after Walker was ruled out for the season with an injury. The returned Resnick had a slightly new look. Switching to number 89 in another leadership move allowing new deadline acquisition Phil Tomasino to wear his normal number 26. Resnick put up two assists before the end of the season, playing mostly on the wing.

Rookie Brett Harrison noted Resnick as a key leadership figure in his young career. “Resnick [has been a really big influence on me]. I really look up to him, he’s a great player, a great guy to be around. I love having him around.”

Resnick’s presence in the locker room and on the rink will be missed, but his impact will not be forgotten. Once a General. Always a General.