Once A General, Always A General: Brett Neumann 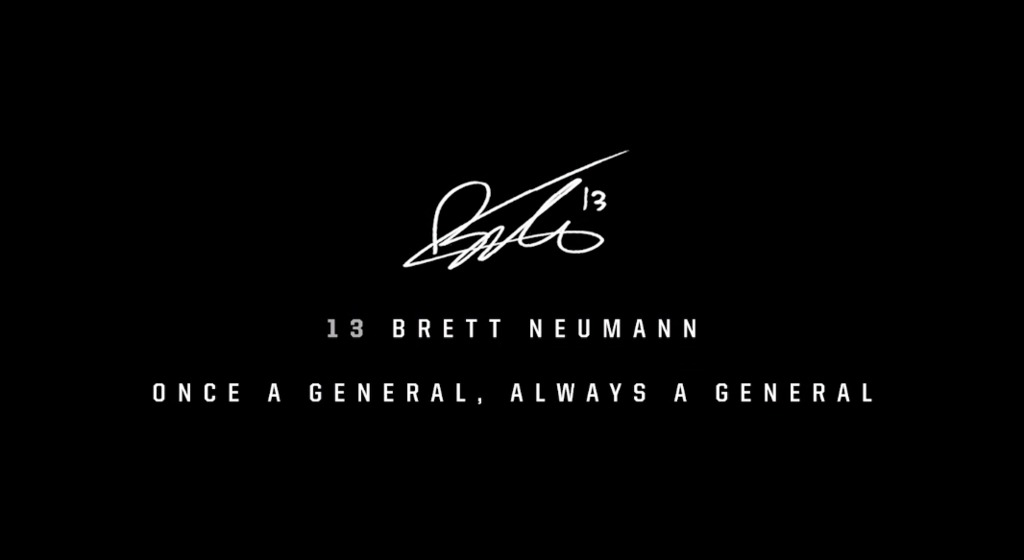 All words used to describe the electrifying force that is Brett Neumann.

Neumann was the Generals leading offensive contributor this season – recording the most points in solely a Gens sweater. His 45 goals tied Pavel Gogolev from Guelph for fourth best in the league and matched his career high from last season. His 83 points beat out his career high

Originally drafted in the third round by Erie, 52nd overall, Neumann had a busy OHL career. Neumann started out well, cracking the lineup in his first season of eligibility. He played in 52 games and put up an even seven goals and seven assists.

In his second season in the “O” – when he was first teammates with Allan McShane – Neumann upped his offensive ability, scoring just as many points through his first 35 games as in the last full season. Erie was a juggernaut at the time, deep up front with names such as Alex Debrincat, Dylan Strome, and Taylor Raddysh. The trade deadline loomed as they had Memorial Cup aspirations and after a season and a half in Pennsylvania, until he was shipped out to Kingston for reinforcement Warren Foegele.

In Kingston, Brett found his stride. His first full season in a Fronts sweater he spent some time on a line with the likes of Gabriel Vilardi, Jason Robertson and Linus Nyman. The speedy forward found his scoring touch, finally being able to play higher in the lineup and posted his first 40-point campaign.

After a long playoff run, the Fronts found themselves in a selling position at the deadline in 2019, and Neumann was once again on the move this time to Oshawa his final OHL home. The price was a young player in Nick Wong, and a draft pick.

Since his arrival in Oshawa, he’s been explosive putting up 114 points in 91 games including 65 goals – which puts him seventh all time in goals-per-game for a General who have played at least one full season with the team.

This year was a busy one for the star forward. He started off taking a healthy lead in the goals and points category and kept that lead until Phil Tomasino was brought in at the deadline. He then found a special chemistry with the new addition and sophomore sensation Ty Tullio – forming the TNT line.

Neumann has held a healthy recognition in the yearly coaches’ poll earning back-to-back appearances in the Best Skater category – winning in 2018-19 – and added a spot in the Hardest Worker category in 2017-18.

Neumann’s legacy here in Oshawa will be his speed, skill, and determination. He loves to have the puck on his stick and there are few who exude the same level of elation after sneaking one past the opposing netminder.

While his stint as a General was shorter than the other graduating overagers, he made just as much of an impact. Once a General. Always a General.