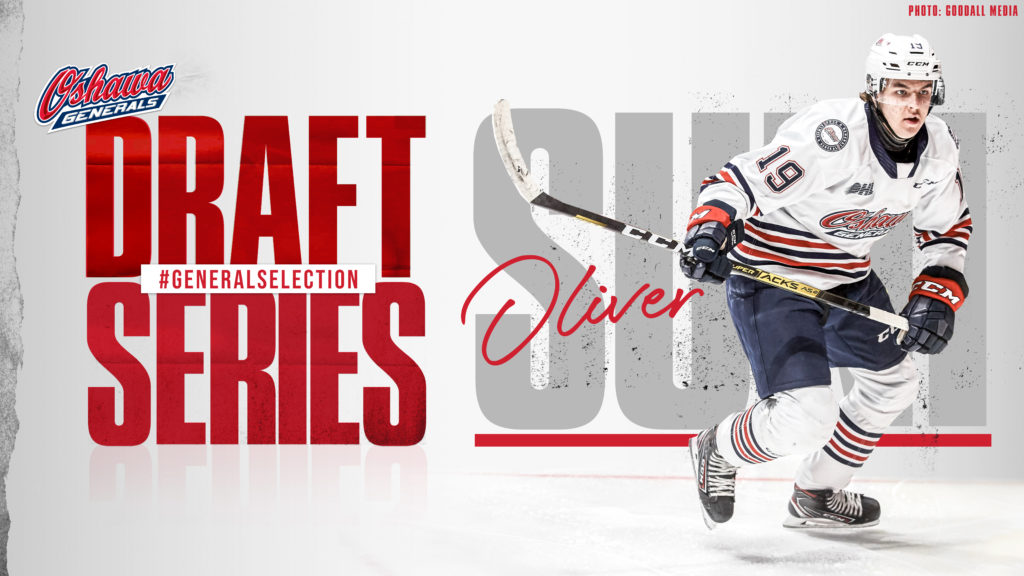 Oshawa, ON– Finnish forward Oliver Suni has been living his “new normal” at his childhood home in Kempele, Finland. Ranked 53rd by NHL Central Scouting, the 18-year-old has been home since the OHL season was suspended in March.

“It’s getting colder every day but it’s been good,” Suni said. “Corona isn’t too bad here, there aren’t too many cases and everything is pretty much back to normal. I’m living my normal life here.”

As a player from overseas, the adjustment to playing in Canada was easy for Suni, but when the OHL season was put on pause things started to change. Suni told radio play-by-play announcer, Callum Ng, that fellow import player Nico Gross was his go-to partner when things began to shift.

“A days after the season was suspended, me and Nico, we were just working at the gym every day because we didn’t know what else to do,” Suni said. “My parents started to get worried, and so were Nico’s, and they just wanted us to get home.”

As it is his draft-eligible year, Suni said he used the long off-season to his advantage. He said despite losing the on-ice, game side of things, he has been able to get stronger.

“I have really been working on my condition, and have been running a lot,” Suni said. “Since Corona hasn’t been too bad here, I have been able to work out and be outside a lot from the very beginning.”

As a newer player in North America, Suni said his conditioning is extremely important because of the difference in the speed of the game. He said with the smaller ice, it makes it very fast. He said, “he has to be ready all the time, and always be prepared for the next pass.”

Something he doesn’t actively work on but has been a big part of his game has been his shot-blocking, something team general manager Roger Hunt says is one of Suni’s biggest upsides.

“Oliver is a straight line player that loves to live along the boards. A strong skater which makes him tough to get off the puck. He has an underrated shot as he can score from distance but loves to get to the crease,” Hunt said. “Our coaches preach shot-blocking and Oliver has an ability to do that and often turns a block into an offensive opportunity. He has good playmaking ability and is a player who is only scratching the surface of the player he will be.”

To stay ready, Suni has been finding ice-time with a local high school team in Finland three to four times a week. Suni uses this time to improve on his edge work and all-around game during scrimmages.

“It has been really nice getting out on the ice,” Suni said. “I know all of the guys so it has been good having the chance to skate with my friends again.”

The NHL Draft takes place on October 6 and 7, tune it to hear which NHL team will call Suni’s name.