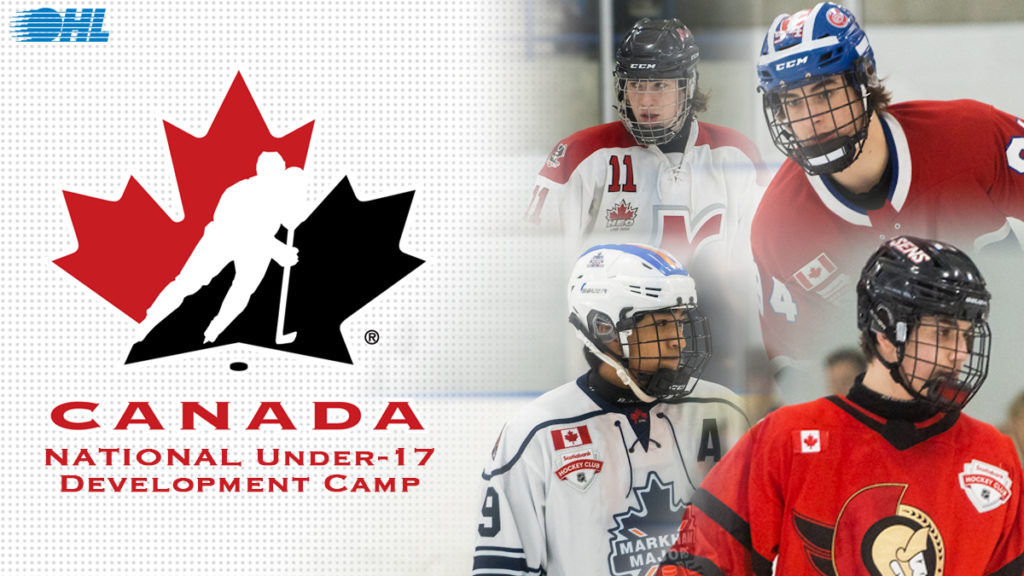 Canada’s National Under-17 Development Camp is underway at the Markin McPhail Centre in Calgary, Alta. A total of 40 OHL prospects chosen in the 2022 OHL Priority Selection are taking part. Get familiarized with the up-and-coming names of the Ontario Hockey League as we track their progress throughout the week.

Jack Van Volsen (Peterborough Petes) opened the scoring with a pair of goals, later tacking on an assist to lead Team Green to a second win in Calgary.

Jacob Gibbons (Erie Otters) made 24 saves for the win in the Team Green crease opposite Carter George (Owen Sound Attack), who made 31.

Luca Testa (London Knights) scored a hat trick to lead Team White to a commanding 12-4 win over Team Gold in their U17 Camp opener. Testa chipped in an assist and was joined by Porter Martone (Sarnia Sting) with four points as the latter scored twice and added two helpers in the lopsided win.

Gabriel Frasca (Kingston Frontenacs) and Kieron Walton (Sudbury Wolves) were both bright spots for Team White with a goal and two helpers while Liam Greentree (Windsor Spitfires) had a goal and an assist.

Kevin He (Niagara IceDogs) scored one of Team Gold’s four goals in the loss.

Team Green defeated Team Red behind a 33-save effort from Ryerson Leenders (Mississauga Steelheads) while blueliner Nathan Schaap (Flint Firebirds) had a goal and an assist, Jack Van Volsen (Peterborough Petes) picked up two helpers and defender Frankie Marrelli (Ottawa 67’s) also found the back of the net.

Beckett Sennecke (Oshawa Generals) scored for Team Red in the overtime loss as they were outshot 45-36.