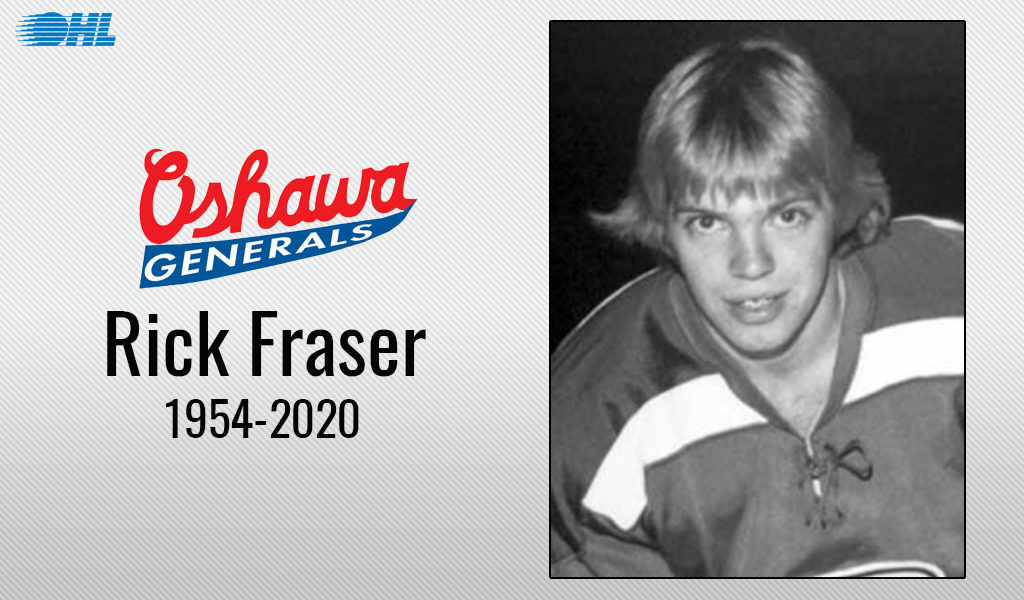 The Ontario Hockey League family is saddened by the loss of former Oshawa Generals defenceman Rick Fraser who has passed away at the age of 66 following a battle with cancer.

A native of Sarnia, Ont. who was well-known in the hockey community as both a coach and referee, Fraser played three seasons in Oshawa from 1971-74, patrolling the blue line for the Generals before being drafted by the Chicago Blackhawks in the 10th round of the 1974 NHL Draft. The Indianapolis Racers selected Fraser in the 17th round of the WHA Draft as he’d go on to play parts of four professional seasons between the NAHL and IHL.

The younger brother of long-time NHL referee Kerry Fraser, Rick planted roots in the Ontario Hockey League as the father of former hometown favourite Sarnia Sting defender Jamie Fraser who has spent the past 10 seasons playing in the Austrian Elite League.

A Sarnia-Lambton Sports Hall of Fame inductee in 2019, Rick was a retired City of Sarnia firefighter who was often seen at the rink watching his grandchildren.

The League sends thoughts  and condolences to Rick’s family and friends at this most difficult time.