New forward Hayden Fowler is no stranger to the Oshawa Generals 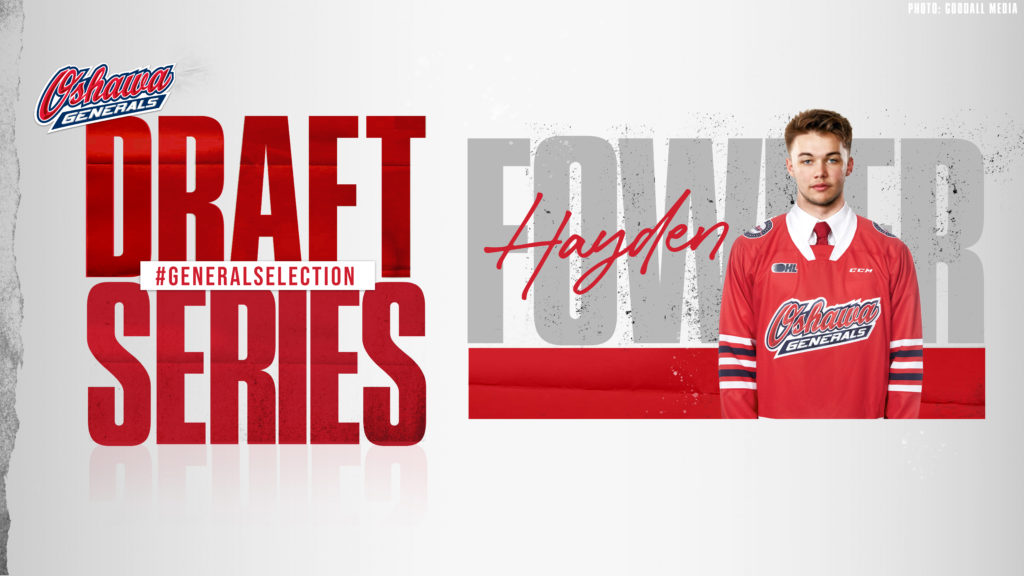 Oshawa, ON– Newly acquired forward Hayden Fowler, is no stranger to the Tribute Communities Centre or the Oshawa Generals.

Ranked 87th by NHL Central Scouting, the 18-year-old Kingston native says he visited the rink before his rookie season.

“When I was 16 I actually went for a tour here,” Fowler said in an interview with play-by-play announcer Callum Ng. “I met Roger [Hunt] and some people here and it was just really cool to get some early attention from Oshawa.”

Fowler says he is really looking forward to being an Oshawa General.

Fowler was acquired by the Generals on Aug. 24, from the Erie Otters for three draft selections. Last season with the Otters, Fowler scored 20 goals and added 22 assists for 42 points as an assistant captain.

His 42 points came a season after recovering from a fractured clavicle, forcing him to miss 43 games during the 2018-2019 season. Fowler said the adversity he faced was tough but was something he wanted to do for the love of the sport.

“I grew up playing hockey in Kingston my whole entire life, from when I was three until my minor midget year,” Fowler said. “I do remember for my first skate I had to be carried to the middle circle.”

Fowler said his biggest influence and inspiration for hockey was, and still is, his dad.

“He played Junior A growing up and he kind of always a hockey guy, he coached me until my Minor Peewee year,” Fowler said. “He was a big influence for me, he’s taught me everything I know.”

Now as an Oshawa General, Fowler hopes to bring a strong two-way game, “some offence, some passing and hopefully some goals.”

General Manager and Vice President, Roger Hunt, said that shouldn’t be a problem for Fowler.

“Hayden is a player that we targeted to come in and contribute immediately and be a leader with his experience in the league. Every shift Hayden plays with intensity and creates some of his own space by doing so,” Hunt said. “He will become a player that is complete by having this attribute. A hard nose, be in your face skilled player is a great combination to go along with a solid skater who has the ability to put the puck away.”

Before you see him in an Oshawa Generals jersey, you can see him at the NHL Draft on October 6 and 7.