Mississauga Steelheads In Town to Take on Generals Tonight at 7:35pm 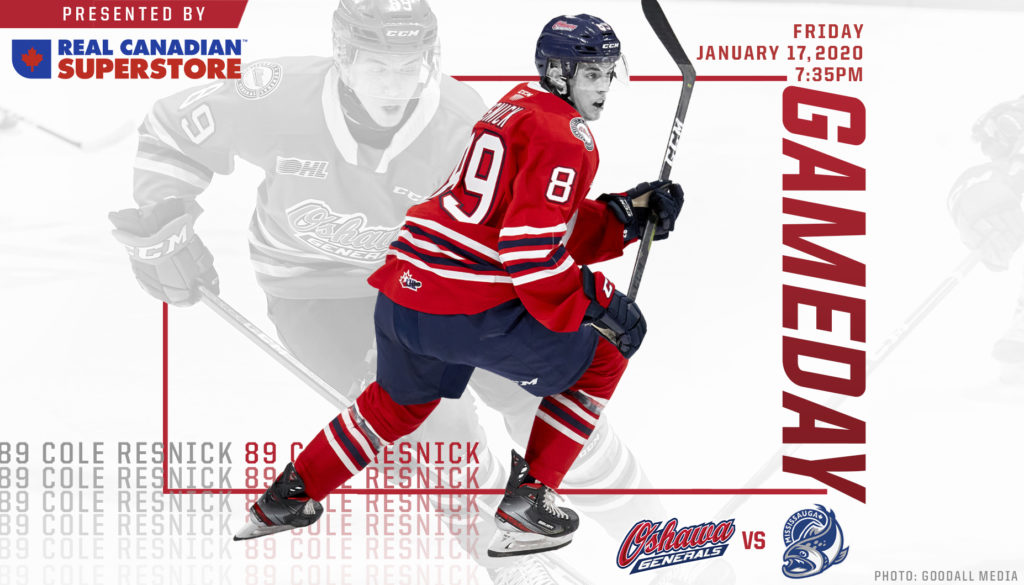 Mississauga comes to town for their final match against the Gens for the season. Your Generals will be seeking vengeance after their last matchup which saw them lose 7-4 in a hard fought loss to the Heads.

This is the fourth and final these teams will meet this season. Your Generals hold a 2-1 lead in the season series. Mississauga will look to tie that tonight.

The last meeting between these teams was on November 28th in a raucous scoring affair. The 11-goal game saw Mississauga earn seven to your Generals’ four. While on the surface the score seems like a wide spread, the final two Steelheads’ goals came in an empty net. It was a close, but high scoring affair.

Ty Tullio – Lost in Tomasino’s explosive weekend was a great showing from Tullio. His draft stock has been improving steadily throughout the season, thanks to his strong play. Tullio is a sniper with a rocket of a shot who is also capable of making a pretty pass to set up one of his teammates. Tullio is currently in an eight-game point streak with five goals and 13 points over that span. This run has put him over the point-per-game mark for the first time in his OHL career. Tonight marks his 100th OHL game.

Cole Resnick – Resnick has been a great depth piece for the Generals throughout his career. Briefly moving from player to a coaching role midseason shows how much the team values his presence. Earlier this season rookie Brett Harrison said, “Resnick [has been a really big influence on me]. I really look up to him, he’s a great player, a great guy to be around […] I love having him around.” Resnick brings great intangibles to a locker room looking to win it all this season, as well as being a solid piece in the Generals bottom-six forward corps. His brief stint off the ice hasn’t hampered him any – having already recorded an assist in his second game back.

Keenan Washkurak – The Steelheads centreman is in the midst of a six-game point streak in which he has four goals and ten points. He’s on the smaller side – listing at 5-foot-10, but has the skill to compensate. The centreman was drafted in the fifth round by the Stanley Cup winning St. Louis Blues this past summer. Washkurak has just over 50% on faceoffs. He scored five points in the last meeting against the Generals, so it wouldn’t be a stretch to say that he could be dangerous tonight.

Generals Start Weekly Podcast for Remainder of the Season. Check Out Episode One Now!

Philip Tomasino named OHL ‘On the Run’ player of the week. Read Here