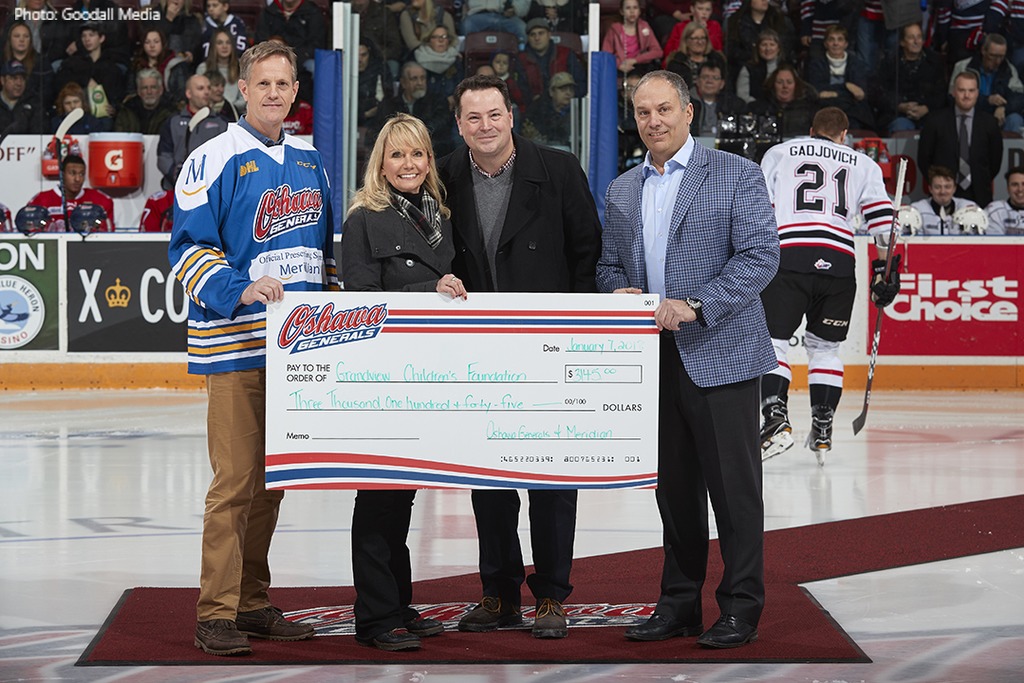 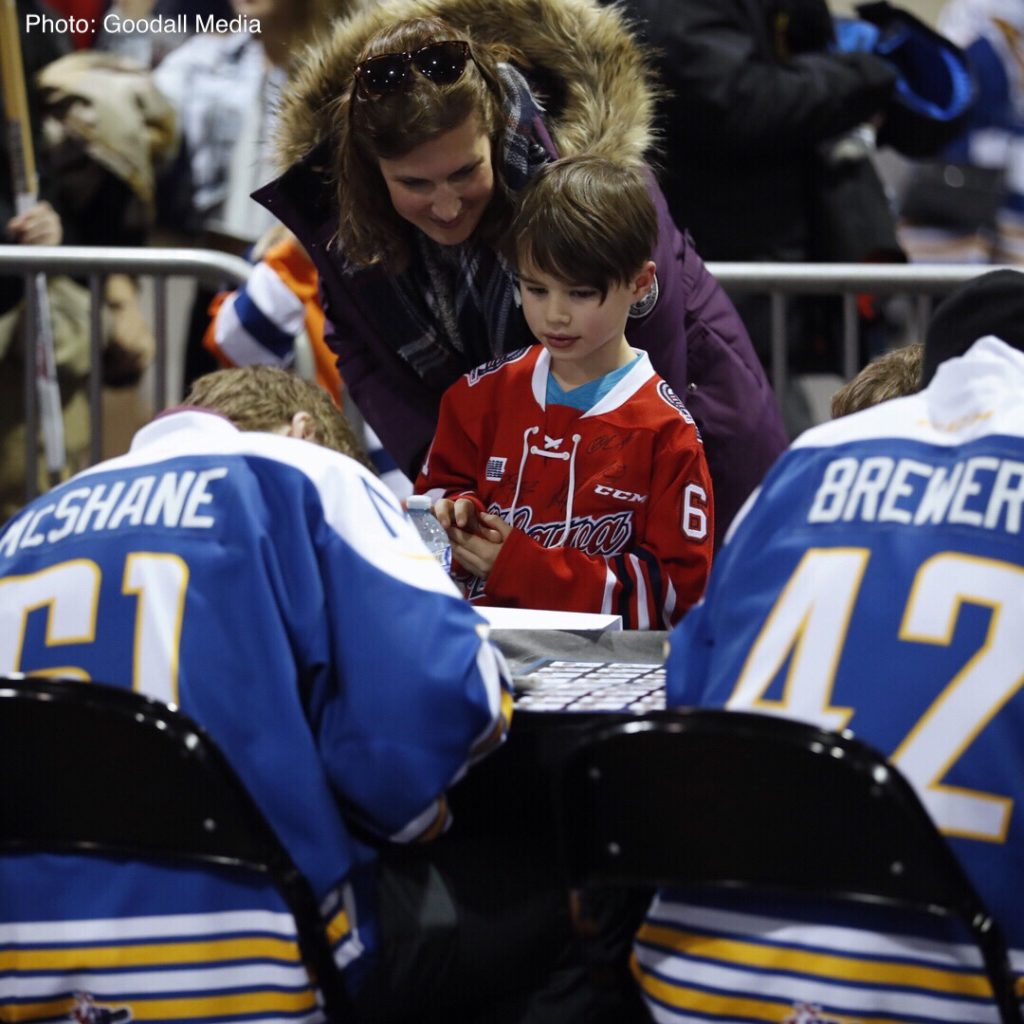 Yesterday, the Generals had 750 special guests in attendance courtesy of our presenting sponsor Meridian Credit Union. Meridian was also the game sponsor on Sunday, January 7th, which saw the donation of tickets from Meridian to local minor hockey players to attend the Generals home game versus the Owen Sound Attack.
The opening ceremonies on Sunday saw Meridian in partnership with the Generals present a cheque to Grandview Children’s Foundation for $3145. The funds raised were from the Generals warm up jerseys that were auctioned off. The jerseys had been worn the previous two seasons my the Generals during home and away game warm ups and community events.
Following the game, Meridian hosted a jamboree for the minor hockey players to attend. The Gens team and Deke were on hand to sign autographs, while kids could take part in a shootout challenge, play games, colouring sheets with Deke or receive balloon animals from Bubba the Clown. Meridian hosted a popcorn booth and donated cards for each minor hockey player to have signed.
Our thanks to Meridian for being such great partners and helping us host a another successful Jamboree for hockey players in the Durham Region. 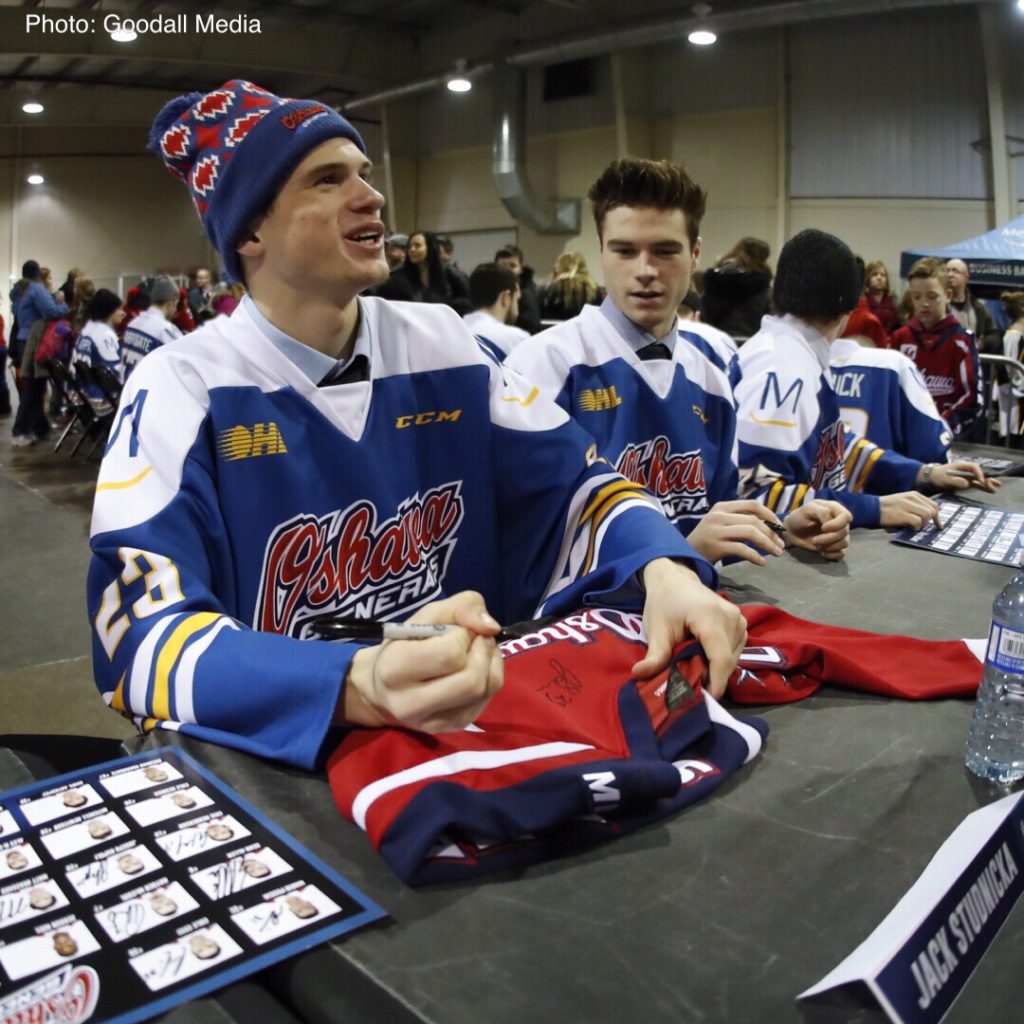 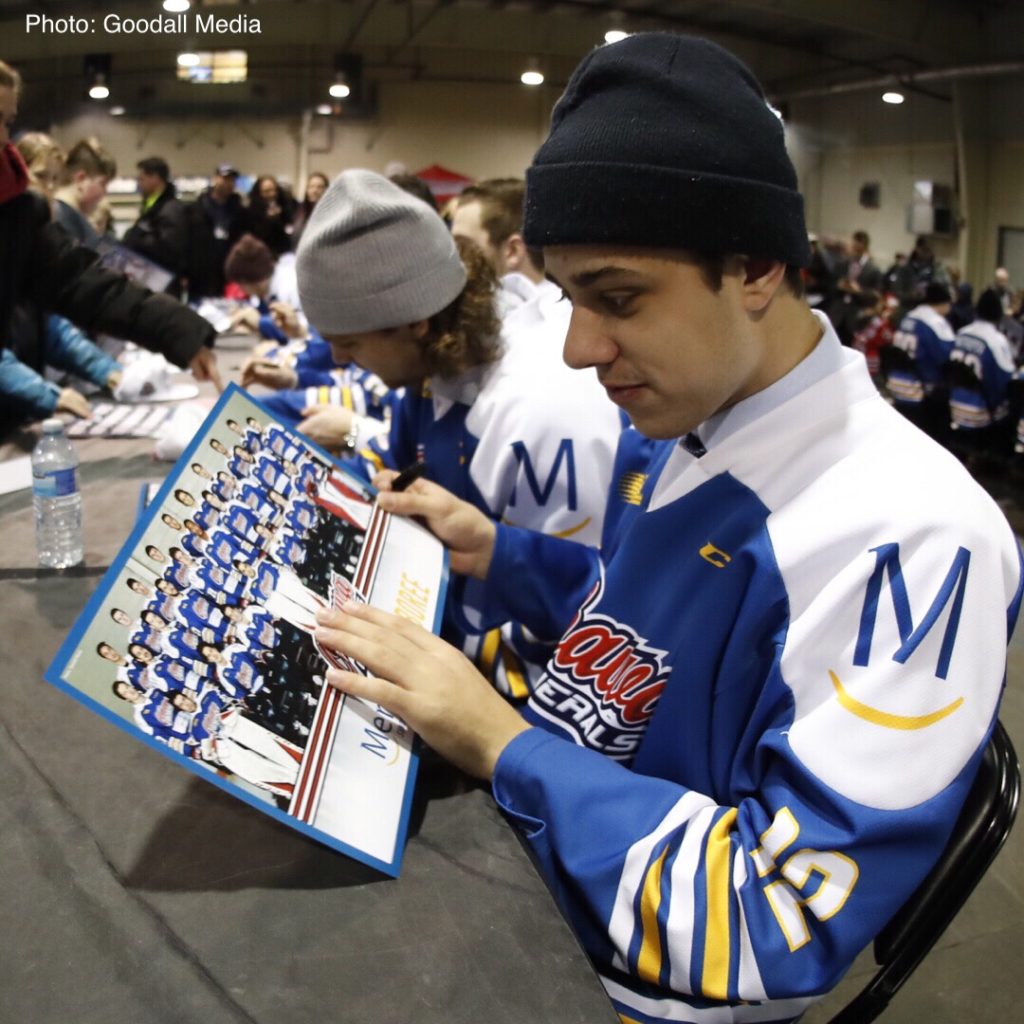 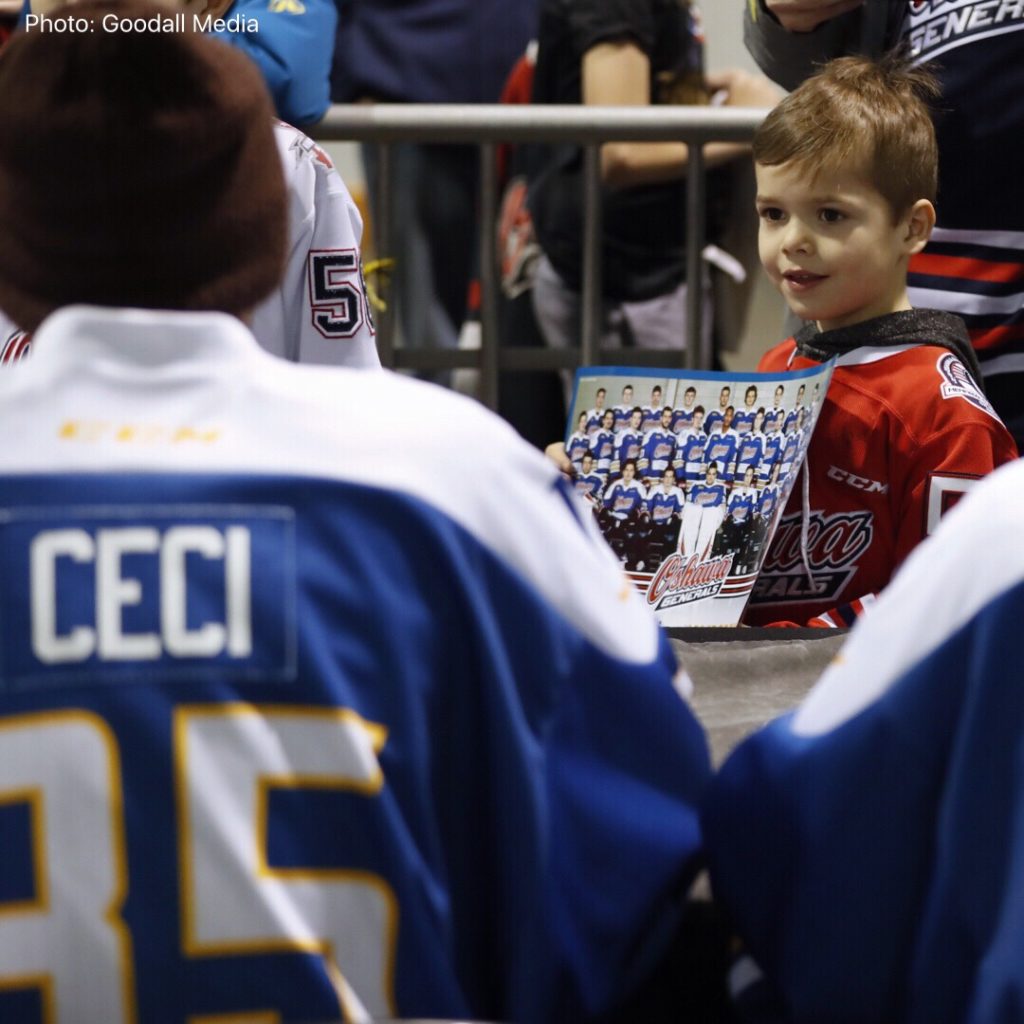 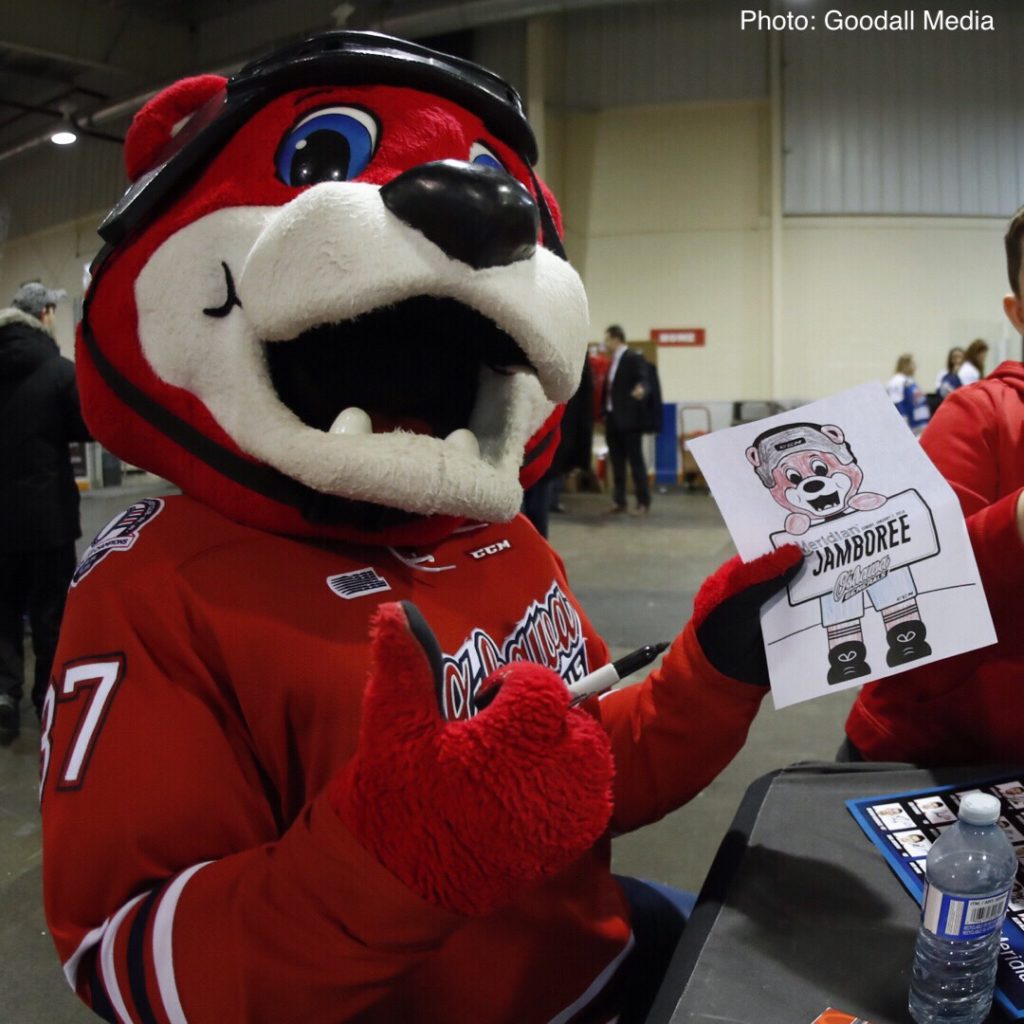