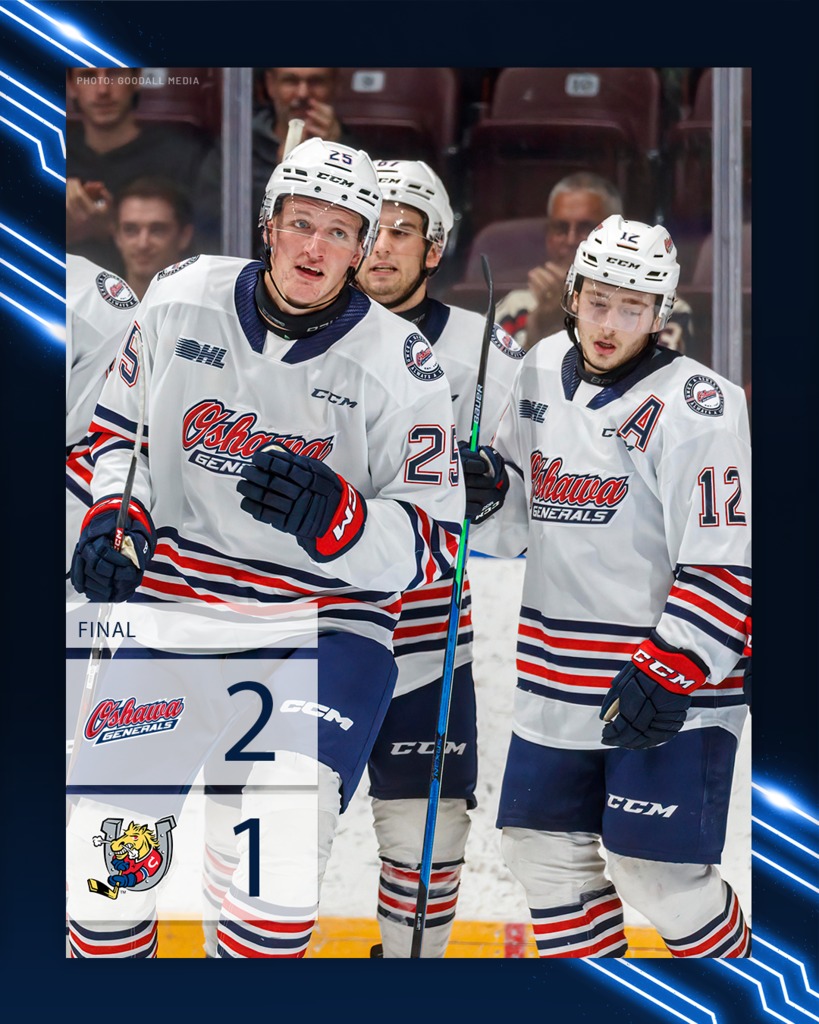 Barrie, Ont., – The Oshawa Generals started their season in the best way possible, edging out the Barrie Colts by a score of 2-1, spoiling the Colts’ home opener at Sadlon Arena.

The Gens opened the scoring after the 8th overall selection in the 2022 OHL Priority Selection, Beckett Sennecke scored his first-ever OHL goal just minutes into his first game. The Gens would add another in the 3rd period thanks to the hot hands of Dylan Roobroeck. Patrick Leaver stopped 24/25 en route to his first win of the season.

The Barrie Colts weren’t able to get much going at all offensively, stuck in their own end for most of the play. The Gens, who looked to be a stingy team to play against this season proved the rumours to be true, finishing checks and taking full advantage of cycling the puck along the boards.

Barrie was able to solve Patrick Leaver late in the 3rd period after a screen in front allowed Hunter Haight to rip home his first of the season past an unaware Leaver.

Both Dyland Roobroeck and Beckett Sennecke scored their first official goals in Oshawa Generals uniforms are were rewarded by first and second star respectively.

The Generals will take their first two points home and get right back to work tomorrow night ahead of their 2022-2023 home opener against the Ottawa 67’s at 7:35 on September 30th.