Gens look to get back into the win column versus Bulldogs 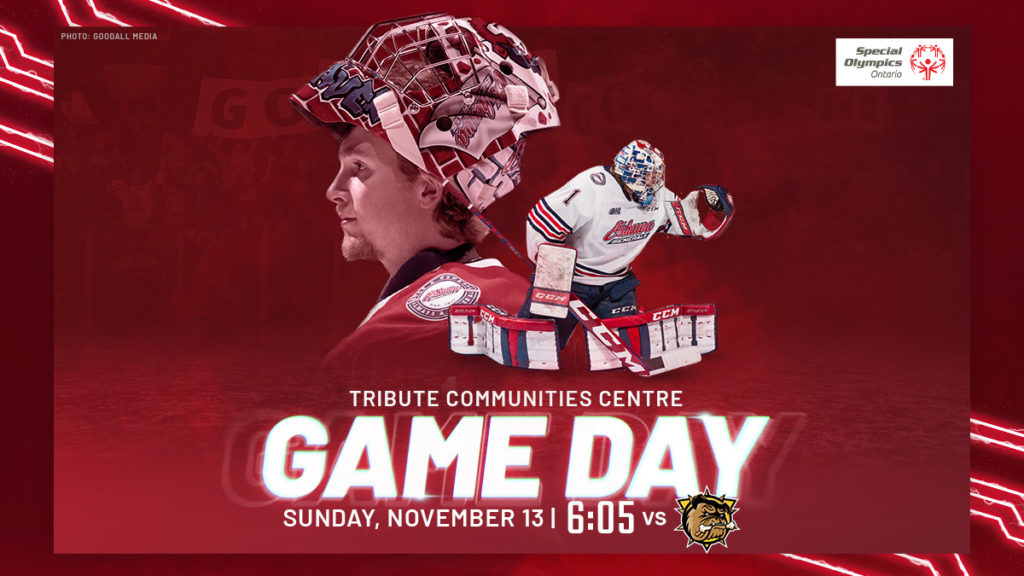 Oshawa, Ont., – The losing streak has now hit five, but the Oshawa Generals are in their best position to snap it tonight with the Hamilton Bulldogs in town. The Bulldogs come to Oshawa for the second time in just two weeks, following a 3-2 overtime loss to the Generals on October 28th.

The Generals only other action this weekend came on the road against the 4th ranked team in the CHL, the Ottawa 67’s. Oshawa came out flying in the first forty minutes of the game, outshooting the 67’s 31-19. Despite being outshot the 67’s were able to capitalize on early powerplays and lead the Generals 4-1 after two periods. The wheels fell off in the final frame when Oshawa ran out of gas and Ottawa scored two more goals. Oshawa matched the output with two of their own but still fell 6-3.

Hamilton just came off an upset, defeating the Mississauga Steelheads 3-2 in overtime. Hamilton currently sits 9th in the Eastern Conference, tied with the last place Niagara IceDogs. Doing what many teams who succeeded the year before do, Hamilton finds themselves in a full rebuild. The Generals best chance to break the losing streak is tonight at 6:05, right here at the Tribute Communities Centre.

The last time these two teams met was Oshawa’s Halloween game, where the Generals scared the Bulldogs home without two points. The Generals went into the overtime period with winning quickly on the mind. Less than a minute into the extra period, projected top-10 NHL draft pick in the 2023 NHL draft Calum Ritchie sent Oshawa’s faithful home happy.

Teddy Bear Toss through the years
6 hours ago