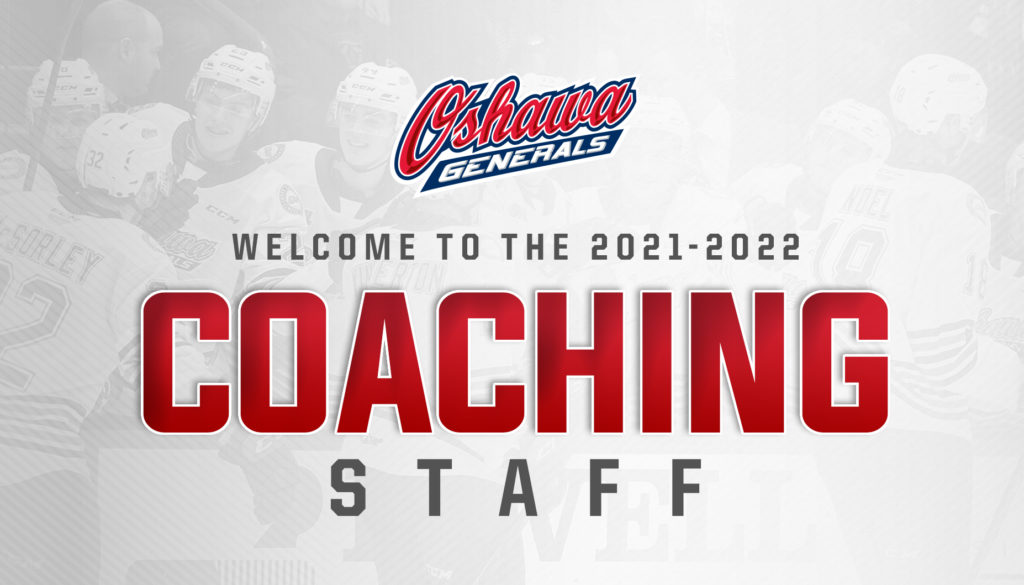 Oshawa, Ont. – On Tuesday, July 6, the Oshawa Generals are proud to announce the hiring of four new additions to round out the coaching staff ahead of the 2021-2022 season.

Filling the head coaching position will be long-time OHL coach, Todd Miller. Miller has spent the last 11 years on a CHL bench as an assistant, including 10 with the Barrie Colts, and one season with the WHL Brandon Wheat Kings. In a shortened season with the Wheat Kings, alongside head coach Don MacGillivray, coached the team to an 18-4-2 record and a Subway Hub Division championship.

Joining Miller on the bench will be associate coaches Kurtis Foster and Dave Matsos, and assistant coach Mike Hedden.

Finally, Mike Hedden rounds out our coaching staff, joining the organization after a 12-year playing career, split between the ECHL, AHL, KHL, Liiga, DEL, and EIHL. Hedden has won the AHL’s Calder Cup in 2013-2014 as well as the EIHL Championship with the Cardiff Devils in 2018-2019, where he scored 62 points in 59 games.