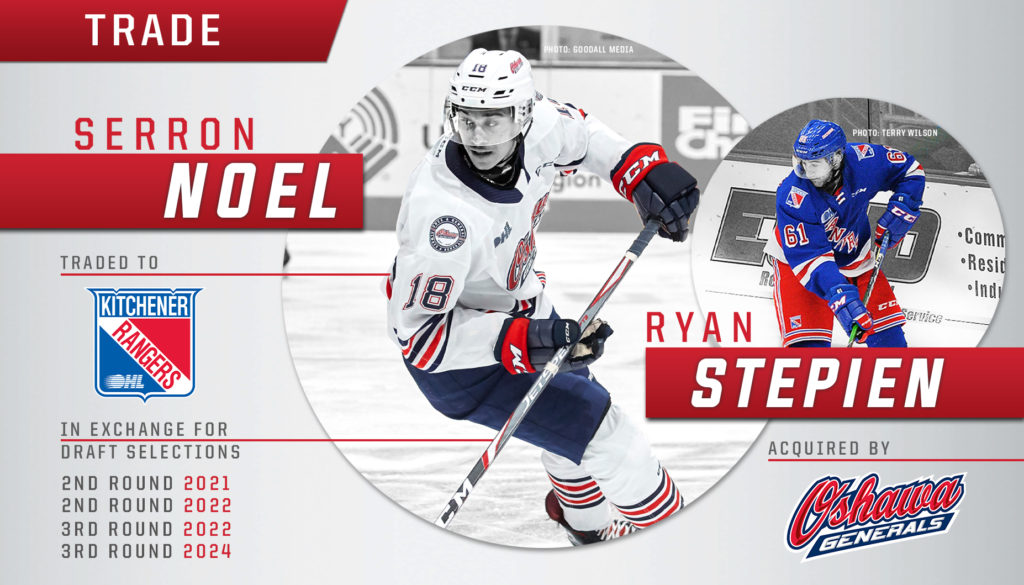 Oshawa, ON- The Oshawa Generals announced today they have traded forward Serron Noel to the Kitchener Rangers in exchange for forward Ryan Stepien and draft selections.

“Serron spent three and half years here, was drafted to the National Hockey League as a General and will always be a big part of successes our team had last year and the years he’s been here,” said Vice President and General Manager, Roger Hunt, on the Noel trade. “I wish him all the best as he joins the Rangers and continues his hockey career outside the Ontario Hockey League.”

The Oshawa Generals organization would like to thank Serron for his time on and off the ice as a General and wish him all the best in his future endeavours.