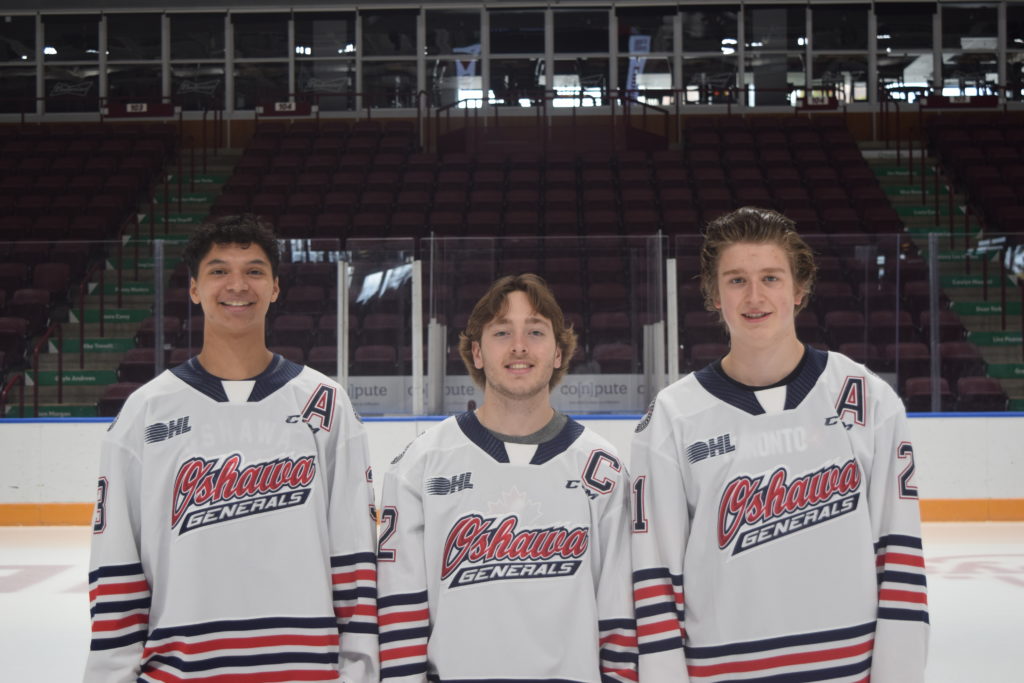 Oshawa, ON—The Oshawa Generals are pleased to announce their leadership group for the 2022/2023 season. Calum Ritchie and Thomas Stewart will both wear ‘A’s as assitant captains, while Lleyton Moore will become the team’s captain.

Drafted in the 1st round, 12 overall in the 2018 OHL Priority Selection, Moore is skating in his third season with Oshawa. During the 2021-2022 season, Moore had his most successful season on record by almost doubling his point totals reaching the 54-point (5G, 49A) mark. He was the Top Defenceman Award winner at last season’s Annual Award Banquet for his on-ice play. Moore finished alongside some of the top defenseman across the league.

Stewart is entering his second season with the Generals after being acquired from the Barrie Colts at the beginning of last year. Last season, Stewart finished his rookie season with three goals and seven assists for 10 points. Stewart impressed the coaching staff throughout the season for his hard work ethic and dedication to his and his teammates’ fitness. He took home the Fitness Award at the 2021 Awards banquet.

Ritchie, entering his sophomore season, is another General joining the leadership group who has played his entire OHL career with the team. Drafted second overall in the 2021 OHL Priority Selection, Ritchie scored 45 points as a 16-year-old, by way of 19 goals and 26 assists. Ritchie spent parts of the 2022-2022 season away from the Generals to represent Canada and numerous Hockey Canada events. Ritchie also shared the Top Rookie award at last season’s Awards Banquet.