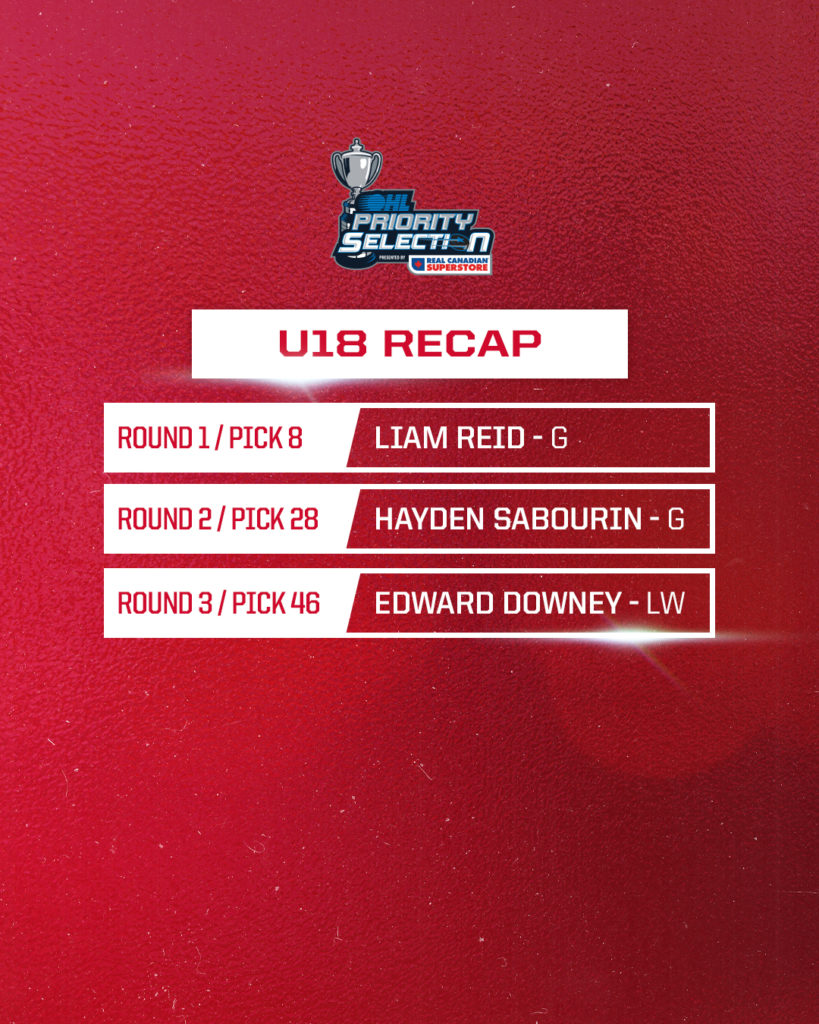 Oshawa, Ont., – In it’s 6th year, the Oshawa Generals partook in the 2022 OHL U18 Draft, making three selections across three rounds of drafting.

In the first round, the Generals owned the 8th overall pick and selected goaltender Liam Reid from the Kitchener Jr. Rangers U18 team. In 16 games with the Jr. Rangers, Reid played to a 2.51 goals against average. 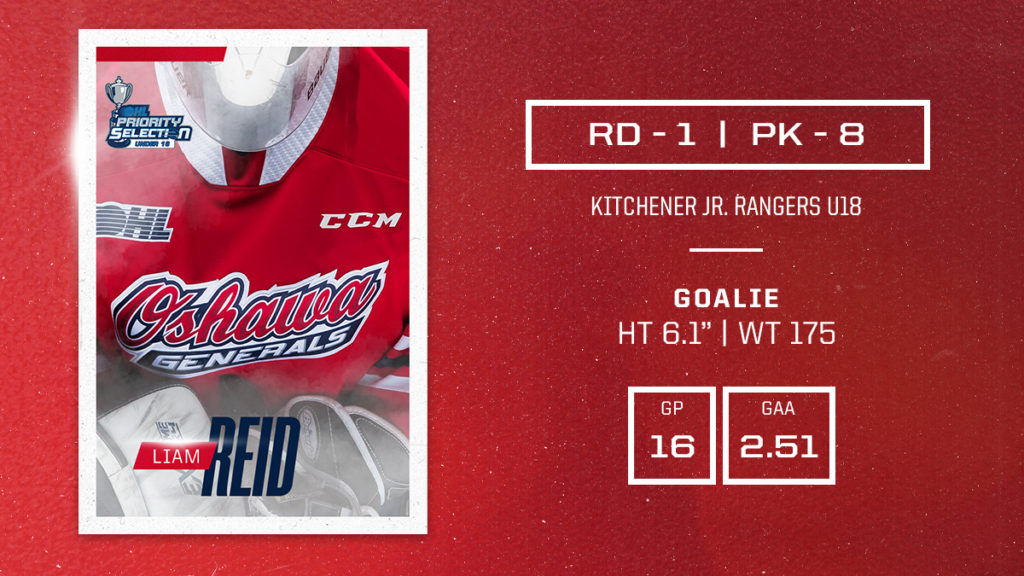 With their 2nd round selection, the Generals took yet another goalie, this time from the Guelph Gryphons U18 Hayden Sabourin. In 13 games Sabourin had two shutouts and stellar goals against average of just 1.89. 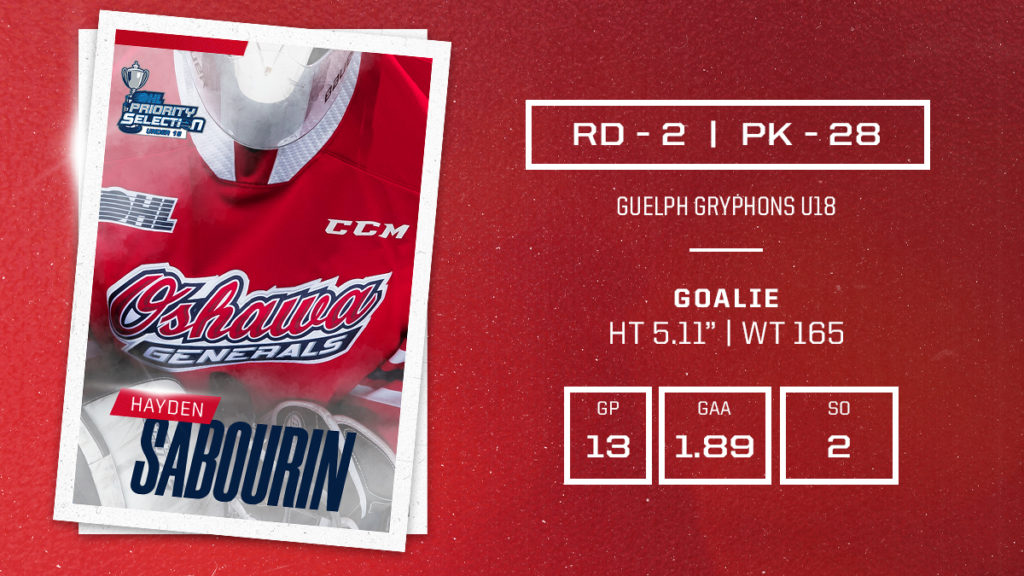 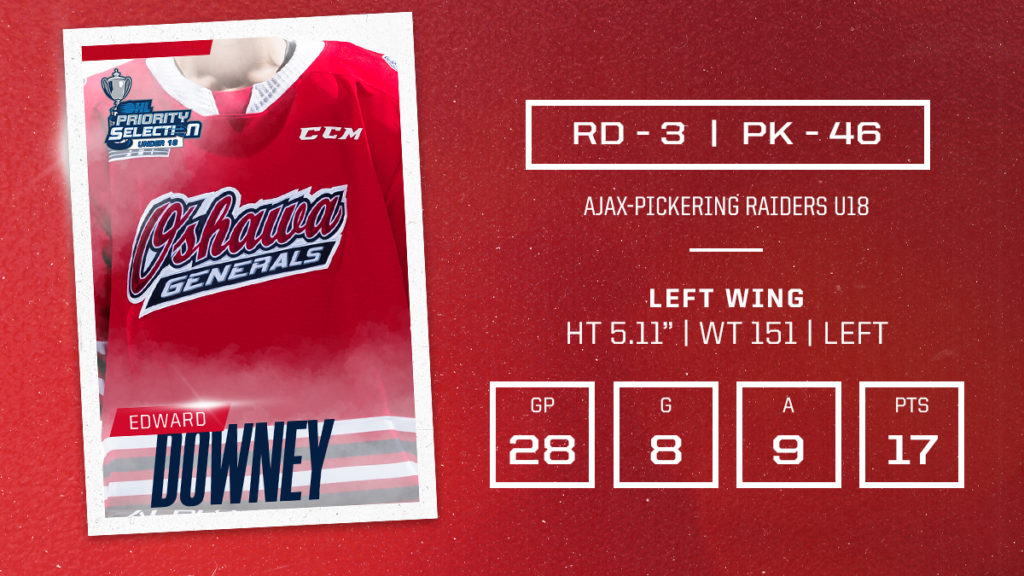