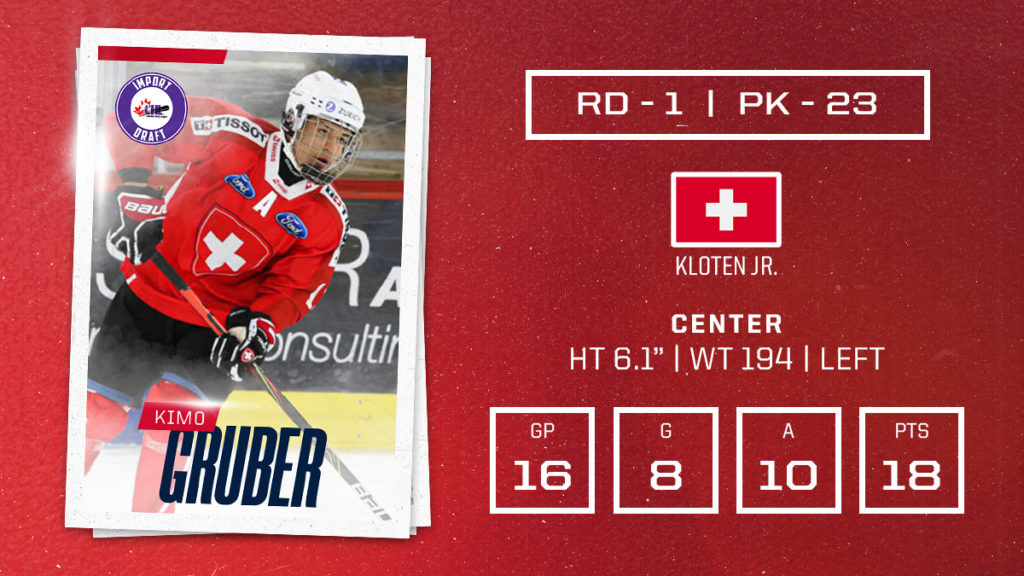 Oshawa, Ont. – The Oshawa Generals made one selection in the 2022 CHL Import Draft, selecting Kimo Gruber with the 19th pick. Originally slated to select 23rd, four teams ahead of the Generals passed on their pick resulting in the Generals moving up the draft board.

The 17-year-old centre is from Bülach, Switzerland and spent the 2021-2022 season with the Kloten U20 of the Swiss U20 Elite League. In 16 games, Gruber scored eight goals and added 10 assists. Gruber has also spent time on the international stage, representing Switzerland at both the U17 and U18 level.

Both in the 2021-2022 season, Gruber found himself on the Swiss U17 team and the Swiss U18 team. In nine games with the U17 club, Gruber scored five goals and one assist for six points. Gruber joined the U18 team and represented Switzerland during the 2022 IIHF World U18 Championships. He was held scoreless in seven games.

Gruber is eligble for the 2023 NHL Draft.