Generals look to rebound against IceDogs 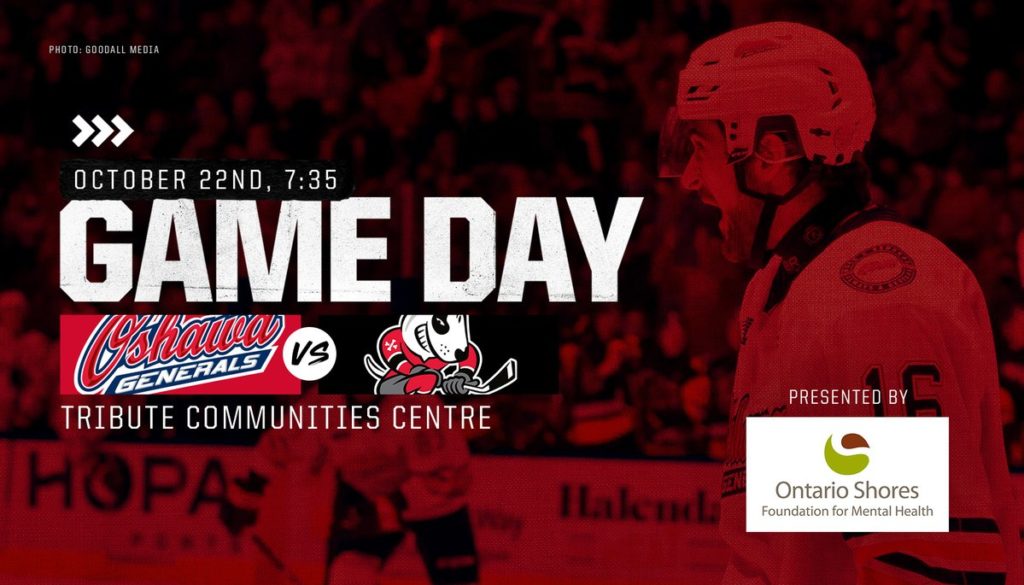 Zachary Paputsakis is the projected starter tonight as the Oshawa Generals host the Niagara IceDogs at the Tribute Communities Centre. If he does start, it will be for the first time since Oct 11th in Ottawa, where he allowed five goals on 19 shots.

The Generals are coming off a 5-2 loss to the Peterborough Petes on Thursday night that saw them fall to 2-3-0-1 on the season.

Tonight also projects to be the return of centre Brett Harrison, who has missed the past three games due to an undisclosed injury.

The IceDogs (3-2-0-0) were also in action last night against the Barrie Colts, as they came away with an 8-5 victory in a high-scoring affair.

Forward Danil Gushchin led the way for Niagara with three goals and two assists for a five-point night. Goaltender Tucker Tynan gets the night off tonight after stopping 34 of 39 shots yesterday, as Joseph Costanzo is the projected starter for Niagara tonight. If he does start, it will be his first-ever start in the OHL.

Only one point separates these two teams in the Eastern Conference standings, and it will surely be an exciting matchup tonight with puck drop scheduled for 7:35 pm.