Generals in tough against west-leading Spitfires 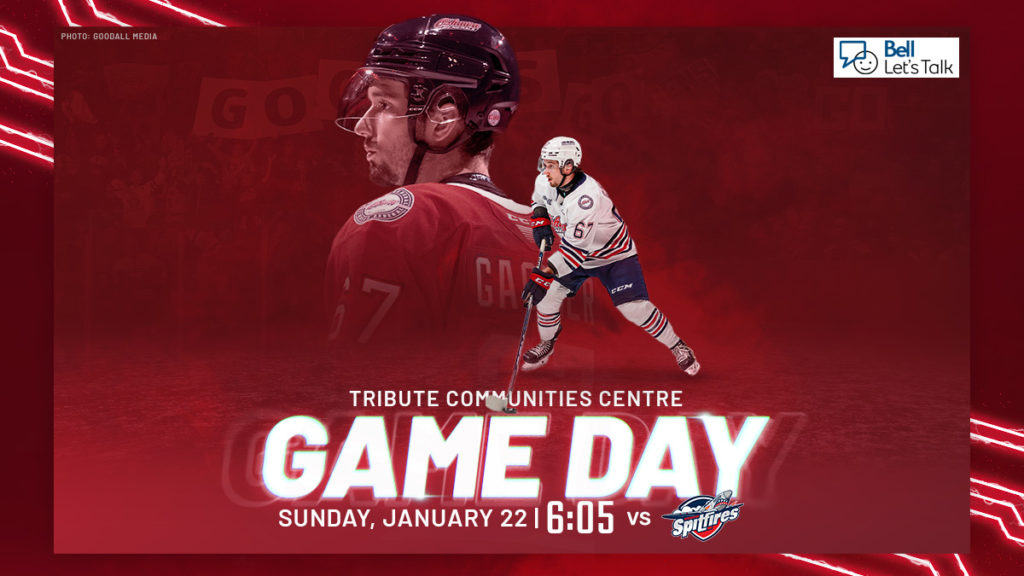 Oshawa, Ont., – After many believed the heartbreak delivered on May 1st, 2022 by Shane Wright was the last they had to see of him in Oshawa, Wright returns one more time tonight – this time as a Windsor Spitfire.

Following a season-long seven-game road trip, the Generals are back at the TCC in pretty much the same spot as they were when they left, winning just three of the seven games.

Tonight, Windsor comes to Oshawa for the first and only time this season flying higher than they have all season. Of course, with the additions of Shane Wright and former Generals Brett Harrison at the deadline, it’s no surprise the offense has been soaring. In their last 10 games, Windsor has taken nine of those home for wins, including their current six-game win streak.

Last night in an 8-7 victory over the Barrie Colts, Harrison scored a hattrick and added two assists for five points, Wright had three assists, and captain Matthew Maggio added one more to his league-best total of goals, now with 32.

Taking down the west-leading Spitfires will be a tall mountain to climb for the young Generals, but nothing is impossible. All the action get’s underway tonight from the Tribute Communities Centre at 6:05 p.m.

The Gens and Spits have only clashed one other time this season and the Gens will hope to avoid a repeat of that game here tonight. On December 1st the Generals made their lone trip to the WFCU Centre and were quickly handled by the home side. Losing by a score of 7-2, it was a wake-up call for the Gens who then rattled off five wins in a row right after. Now Spitfire Brett Harrison had one of Oshawa’s goals, while Oshawa native Liam Greentree scored two for Windsor.

Ryan Gagnier: One of the bright spots this season for the Generals has to be OA forward Ryan Gagnier. Former OHL player of the week this season, Gagnier has been the heartbeat of Oshawa’s offense throughout the year. Gagnier’s consistent contribution has many fans pleased to see he stayed with the team post-deadline. On the recent trip, Gagnier played a stretch of one point per period of play in the two wins over Kitchener and Erie and the loss to Peterborough, scoring seven points by the end of the opening 20 minutes on Thursday.

Brett Harrison: Boston Bruins prospect and former General, Brett Harrison has fit in very quickly for the Spitfires, scoring in his first game in Windsor and never looking back. In seven games, Harrison has already scored five goals and five assists for the Spitfires, including a highlight reel between-the-legs goal last week. Playing on a line with OHL leading goal scorer and captain Matthew Maggio and Seattle Kraken prospect Shane Wright has only elevated the skill of the Bruins pick.

Shane Wright: How could we not pick Shane Wright as the player to watch? Spending time in the NHL this season with the Kraken, a gold medal run at the World Junior championship, and now the Windsor Spitfires, Wright has been everywhere this season. Gens fans should remember Wright from last season, a consistent threat on the Kingston Frontenacs team that eliminated the Generals last spring from the playoffs. It was Wright that scored the OT winner in game six. Will Wright break the hearts of GensNation one more time?