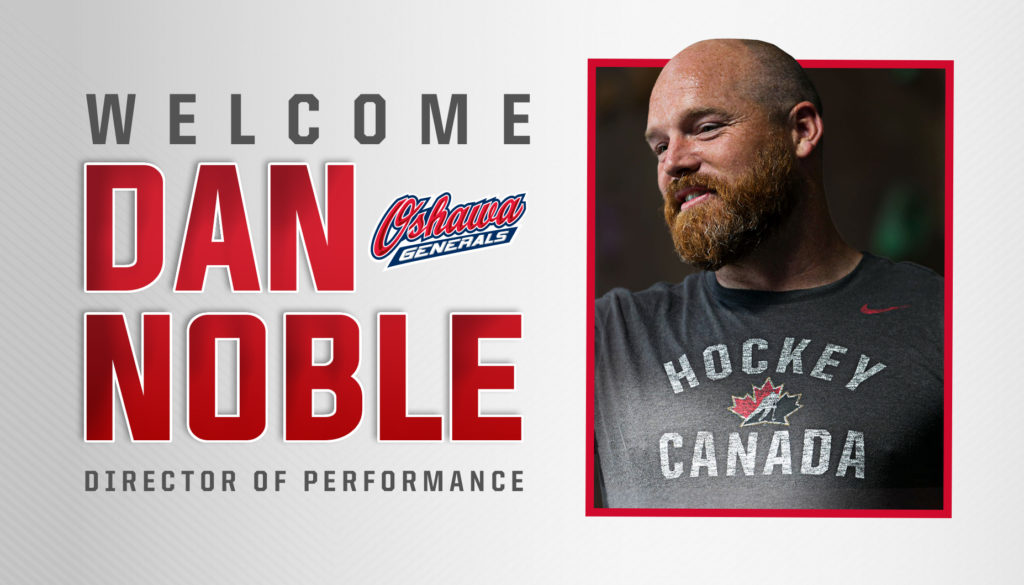 Oshawa, Ont. – The Oshawa Generals are excited to announce the hiring of Daniel Noble as the team’s Director of Performance.

Noble will continue his role at Upper Canada College as acting Hockey Director and is the co-owner of Grit Athletics, a sport and performance training centre, in Toronto.

As he joins the organization, Noble will be responsible for assisting our players in:

“I am extremely excited to be joining such a historic franchise and working alongside world-class coaches, staff, and players,” said Noble. “I grew up in Oshawa and still remember watching Eric Lindros play with my dad. I also have been working with Generals alum Anthony Cirelli and Michael Dal Colle for the past 10 years and was in the stands in Quebec City to watch them win the Memorial Cup!  I look forward to pursuing the same level of success with this team!”