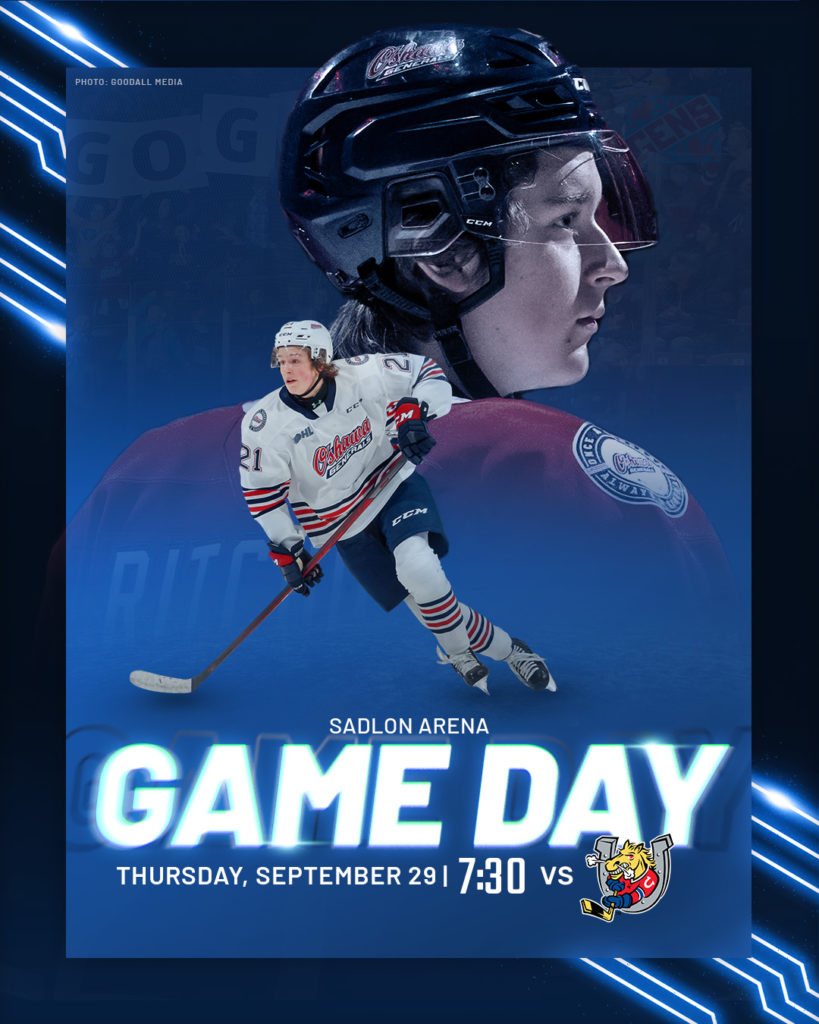 Oshawa, Ont., – After a shortened off season that only began on May 1st, the Oshawa Generals are officially back in action tonight when the team travels to Barrie, Ont., to open their regular season against the Barrie Colts!

The Generals enter the start of the regular season as one of the hottest teams in the entire Ontario Hockey League after they closed out exhibition play on a four-game win streak. Their most recent victory came against an albeit shorthanded but season favourite Peterborough Petes in Whitby last weekend.

While Patrick Leaver is expected to get the start tonight in Barrie, it was Carter Bickle with a 33-save shutout in his childhood arena to secure the win.

Tonight, the Generals will depend on highly touted NHL Draft Prospect Calum Ritchie for his scoring touch, while Bruins prospect Brett Harrison remains sidelined with an injury. This will be another chance for GensNation to get a look at not only one, but two of the Generals 1st round picks from the 2022 OHL Priority Selection. Both Beckett Sennecke and Ben Danford will be featured in tonight’s lineup.

Newly named Captain Lleyton Moore will once again lead the push offensively from his blueline.

Its the first of 68 and it all gets underway tonight from the Sadlon Arena at 7:30.

Teddy Bear Toss through the years
9 hours ago