Generals fall to Bulldogs 5-3 for first loss of preseason 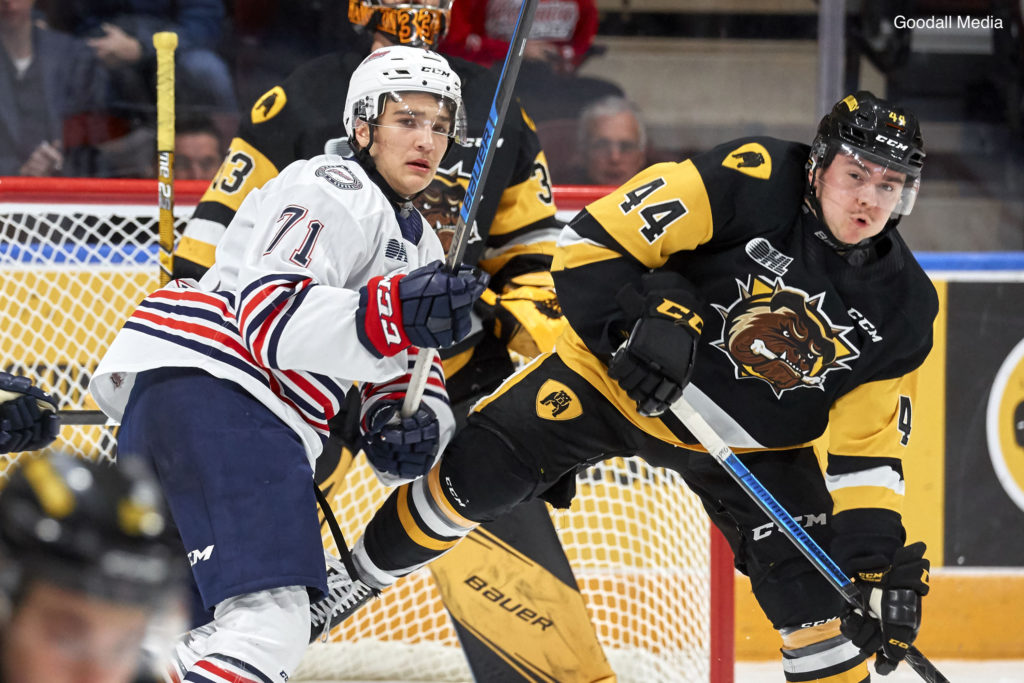 The Hamilton Bulldogs got their revenge from Friday night by defeating the Oshawa Generals 5-3 on Sunday at the Tribute Communities Centre.

Right from the start of the game, it was a physical contest. Surely there was emotion carried over from Saturday night’s big comeback by the Generals, shown by the volume of hits from both teams.

The Bulldogs jumped out to an early lead via a point shot from defenceman Gavin White that found its way past a screened Zachary Paputsakis.

The second period was where the score sheet really started to fill up. First, Hamilton made good use of some solid offensive pressure as George Diaco made it a 2-0 game.

Not too long later, though, the Generals were able to capitalize on the powerplay as 2nd overall pick Calum Ritchie scored his first goal in a Generals jersey to cut the lead in half. Later in the period, Ritchie assisted Daniel Michaud as he banged home a loose puck in front to tie the game 2-2.

Oshawa had once again mounted a comeback and tied the game, setting up an exciting third period. However, Hamilton wasn’t going to go down without a fight and came out firing early in the third.

It all started with a beautiful pass by goaltender Zachary Roy to Navrin Mutter, who was sprung on a breakaway and beat Paputsakis to make it 3-2.

Hamilton then made it 4-2 as Jonathan Melee was left alone in the slot and buried the puck into the corner of the net. After that, Diaco was the beneficiary of a great rush by Ryan Humphrey and tuck home a rebound into the open net to make it a 5-2 Hamilton lead.

The game then got a little chippy, as some big hits led to some significant penalties for both teams. Captain Ty Tullio tried to start yet another comeback by snipping a shot past Roy to make it 5-3, but that’s as far into a comeback as Oshawa would get as Hamilton shut the door to preserve the 5-3 victory.

The Generals will now have almost two weeks off to regroup and prepare before their next game on the 17 at home against the Niagara IceDogs.