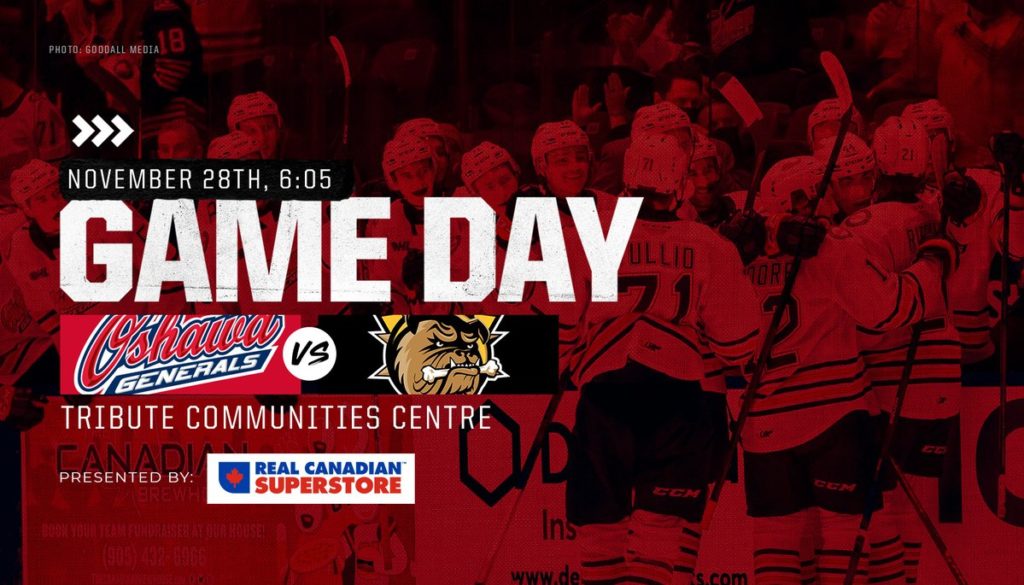 The Oshawa Generals will finish a five-game homestand tonight as they host the East Division-leading Hamilton Bulldogs for the first time since the season opener on October 8th.

The Bulldogs (11-5-1-2) have points in their last four games, three of which were wins. Oshawa (9-6-1-2) enters this game having won their past two in overtime, with Ty Tullio and Brett Harrison being the overtime heroes in those matchups.

Oshawa centre Brett Harrison and Hamilton winger George Diaco have been on fire as of late, and both will be looking to be major offensive contributors in this game.

Oshawa forward Jordyn Ertel will also be making his third straight appearance with the team. He has yet to register his first point in the OHL, but head coach Todd Miller has been pleased with what he has seen early on from the young forward.

The East Division is crowded at the top, as only four points separate 1st place (Hamilton) and 4th place (Oshawa). Ottawa and Kingston find themselves in-between the two teams. Every point is crucial, even though the OHL season is less than 1/3 of the way completed.

All the action in this East Division showdown gets underway tonight at Tribute Communities Centre at 6:05 pm.