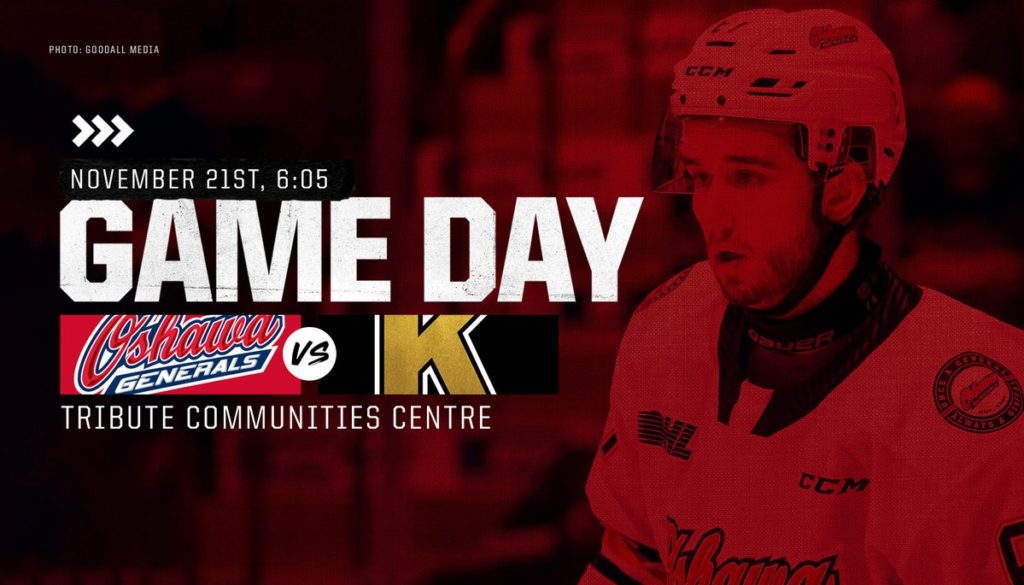 The Oshawa Generals are set to play host to projected #1 overall pick Shane Wright and the Kingston Frontenacs tonight at Tribute Communities Centre.

The Generals will be looking to snap their three-game losing streak, as their most recent win came on November 12th against these Frontenacs. The Generals won that game 6-4, but since then have dropped games against Niagara, Ottawa, and North Bay.

Oshawa will have a player debut tonight, as recently committed forward Jordyn Ertel will be making his first appearance in a Generals uniform tonight. He was the Generals 10th round selection in the 2021 OHL priority selection and recorded nine goals and seven assists in his last season of hockey with the Waterloo Wolves U16 team.

Kingston boasts an offence with some prominent names such as Shane Wright and Lucas Edmonds. The two have combined for 22 goals and 47 points in 15 games this season.

The action gets underway tonight at 6:05 pm.