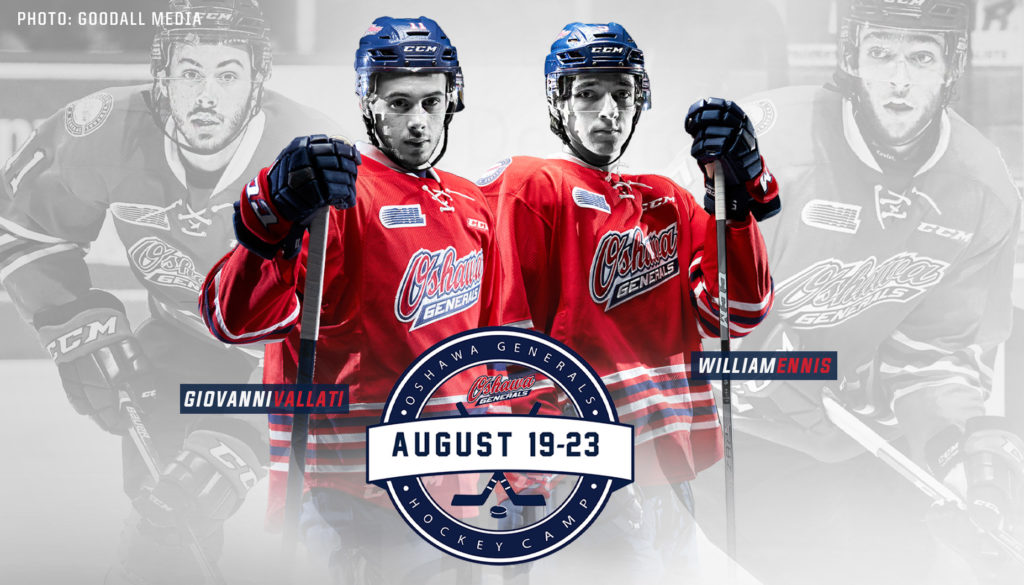 The Future Generals Hockey Camp is excited to announce William Ennis and Giovanni Vallati as coaches. They will be joining Oliver Suni, Ty Tullio, Mitchell Brewer, Cole Resnick, Brett Neumann, Kyle Bollers, Danil Antropov, Brett Harrison and Daniel Michaud as coaches, along with members of the Oshawa Generals coaching staff for what is sure to be an exciting week for all campers attending. The Future Generals Hockey Camp is being held on August 19th -23rd at the Tribute Communities Centre.

Ennis completed his third season with the Oshawa Generals last season and scored 3 goals and 13 assists in 67 games. Ennis was selected in the third round 46th overall by the Generals during the 2016 OHL Priority Selection Draft.

Vallati was drafted by the Winnipeg Jets in the 5th round of the 2018 NHL Entry Draft. The Ottawa, ON native will be heading into his fourth Ontario Hockey League season next season and last season, the left-shot defenceman recorded 11 goals and 37 assists for 48 points.