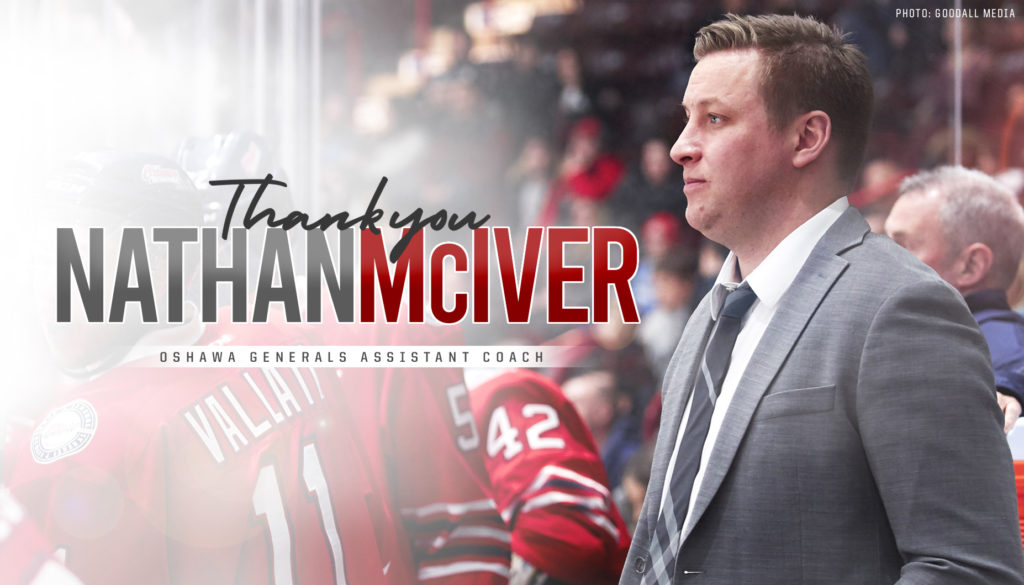 Oshawa, ON- The Oshawa Generals announced today that the coaching contract for Assistant Coach Nathan McIver will not be renewed upon its completion on May 31st, 2020.

The decision comes in the midst of the COVID-19 pandemic, as effects from the virus implications have required restructuring by the organization.

“Nathan is an amazing family man and he’s been an great assistant coach with our organization,” said Vice President and General Manager, Roger Hunt on the team’s decision. “Myself and our organization wish him nothing but the best as he moves on from our hockey club. He will land on his feet and where he does they will be a better place for it.”

The Oshawa Generals want to extend our sincere gratitude to Nathan for his dedication and commitment to our organization and wish him well in his future endeavours.