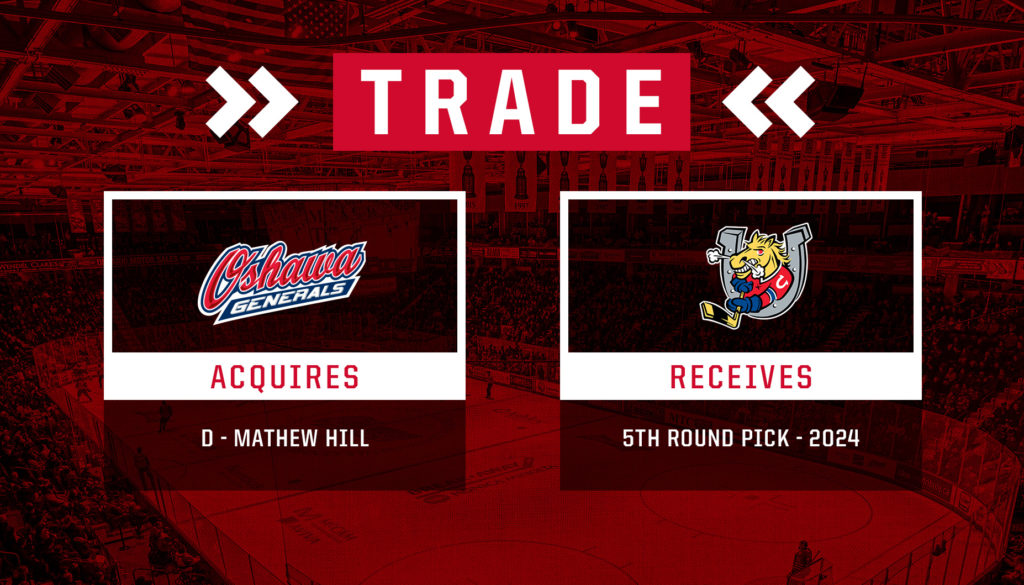 The Oshawa Generals are thrilled to announce that the team has acquired overage defenseman Mathew Hill from the Barrie Colts in exchange for 5th round pick in 2024.

Hill has played in 158 career OHL games, all with the Barrie Colts. He has five goals and 20 assists in those games to go along with 108 penalty minutes.

Last season, Hill spent time over in Denmark, playing for Esbjerg U20. The Oakville native is a massive defender standing at 6’4”, 196 lbs.

The Anaheim Ducks drafted hill in the 6th round of the 2019 NHL Entry Draft.

Hill joins an Oshawa Generals team that is currently 0-2-0-1 on the season, after failing to register a win in the team’s opening weekend of action.

OHL Mourns the Loss of Bob Kilger
1 hour ago