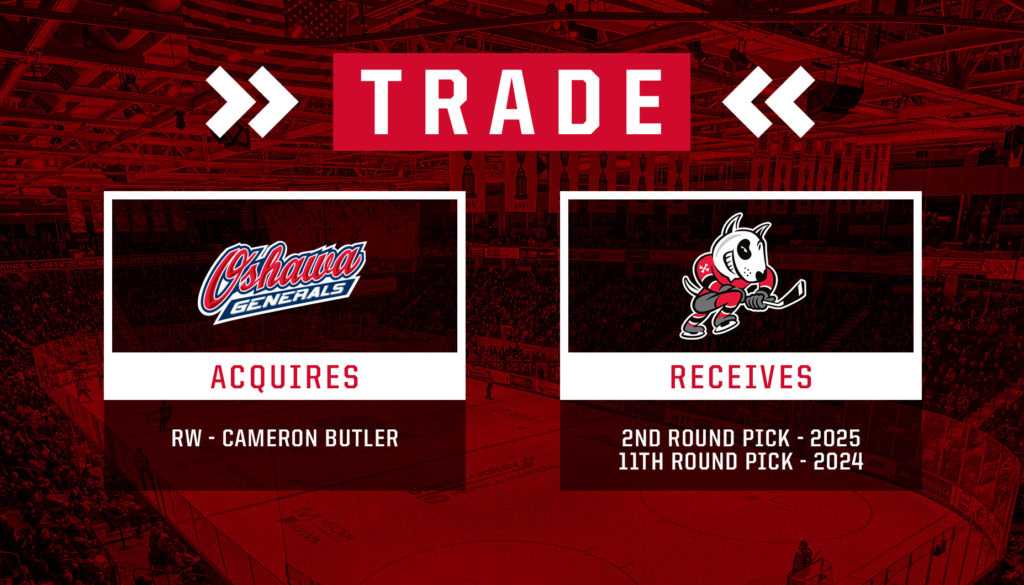 Butler, who was the captain of the IceDogs, is in the middle of his best OHL season yet, with six goals and 16 assists in 24 games.

“Cam is someone we’ve seen in the conference a whole lot,” General Manager Roger Hunt said about the trade. “We are thrilled to have someone like him on our side.”

The Peterborough Petes 2nd round pick in 2018 played his first 103 games there before becoming a member of the IceDogs halfway through the 2019-20 season.

In 154 career OHL games, Butler has 42 goals and 38 assists. Currently scoring just at just shy of a point per game pace, he’ll be looked upon as a significant piece of the Generals roster as they gear up for the second half of the OHL season.

It’s expected Butler will make his Oshawa debut when the Generals visit his former team, as they are scheduled to be in Niagara to face the IceDogs on Thursday night.