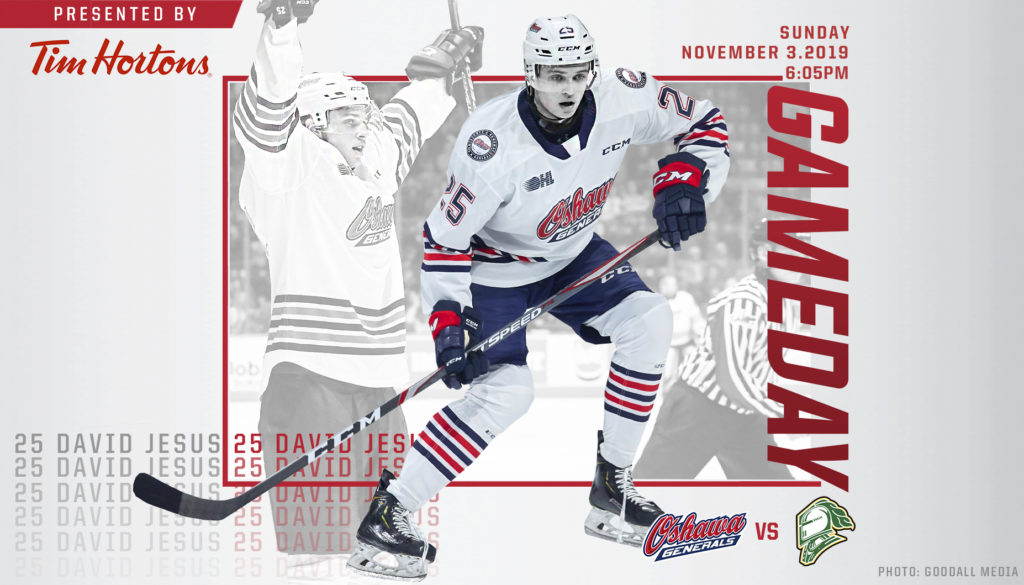 The London Knights come to town looking to take two-points away from your league leading Generals. Both teams come into this match riding streaks, with the Knights having a 4-0-0-1 record in their last 5 matches and your Generals with a 3-0-0-1 record in their last 4. These teams only face twice a season, so there isn’t a ton of familiarity between the two clubs – Last season they split the games – each winning one contest.

Allan McShane – The longtime General has quietly been racking up another strong season. McShane is one of the best playmakers in the league – leading the Generals with 13 assists. Allan is super sneaky, you almost don’t notice him on the ice until he comes out of nowhere making a strong play – either offensively or defensively. McShane has brought the leadership of an OHL veteran with him this season.

Connor McMichael – McMichael is on a particularly strong 6 game point-streak – scoring 18 points, including a 3-goal, 6-point effort on Friday which boosted him to the status of second leading scorer in the OHL. The Ajax native was drafted in the first round of last year’s NHL draft going to the Washington Capitals at  25th overall.

Ryan Merkley – Merkley is no stranger to playing against the Generals. The former Peterborough Pete showed some serious bad blood in last year’s playoff series between the Petes and Gens. Merkley is a highly skilled defensemen who is a threat offensively. In the Friday night match, Merkley had 3 assists and was a +1. The San Jose Sharks first-round pick has been close to a point-per-game player throughout his OHL career.

Notes from the week

The Generals remain in the Kia CHL Top 10 teams at the number 3 ranking.