GAME PREVIEW: Greyhounds Race to the ‘Shwa Tonight at 7:35pm 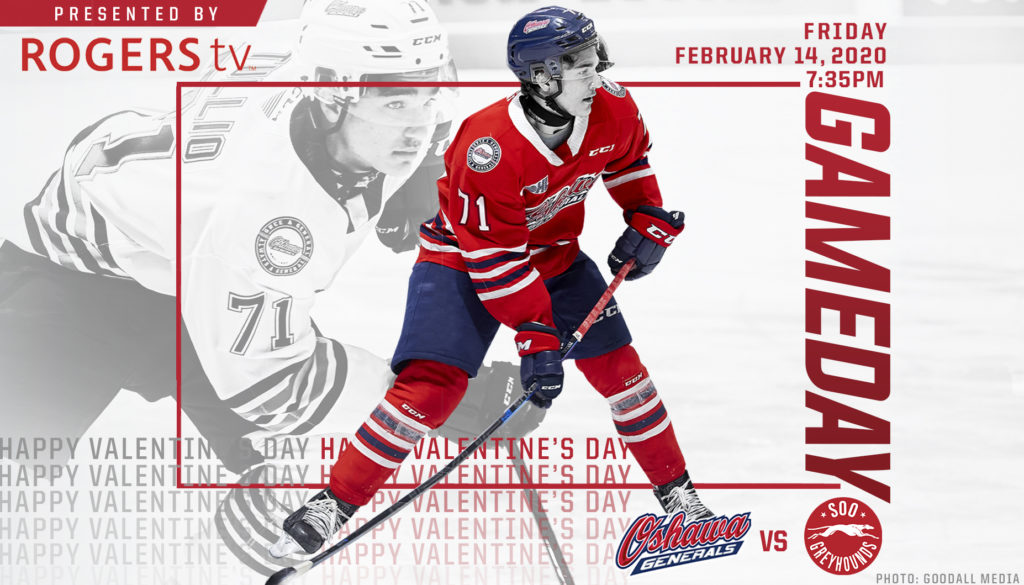 Oshawa looks to best the Greyhounds for the first time this season. They are coming off of a big win against the Frontenacs on Wednesday. The Soo also played on Wednesday with a 7-5 loss to the Saginaw Spirit.

This is the second and final time these teams meet this season. The Soo won the first game.

The last time these teams met was in  November in Sault Ste Marie. The Soo took the game in a 3-1 victory. Brett Harrison recorded the only goal of the game for Oshawa, it was his first goal since returning from the World U17 Hockey Challenge.

Ty Tullio, RW – Tullio has been a consistent scorer for the Generals this season. After being one of the top rookies last year, he has blossomed in his NHL draft year. Tullio is a strong skater with an even stronger shot. Tullio is elusive to the point where he is able to sneak into the slot behind enemy defenders just in time to clean up a rebound or fire his own one-timer on net. He will be a threat to score – as always – tonight.

David Jesus, D – Jesus is coming. While David Jesus is in the running for the best Gens rookie this season, he’s also still getting better. A fixture on the top pairing this season, Jesus has already bloomed into a reliable defenseman. Learning from a similar style of player in William Ennis, the two have been in different pairings as of late. Jesus has been with more offensive minded Vallati and has been a strong anchor on the pairing.

Jaromir Pytlik, C – The forward from the Czech Republic has been a strong asset for the Greyhounds this season. He sits just under one point per game and is likely to be drafted this summer. The last time he played the Gens he was named the second star recording one goal and one assist.