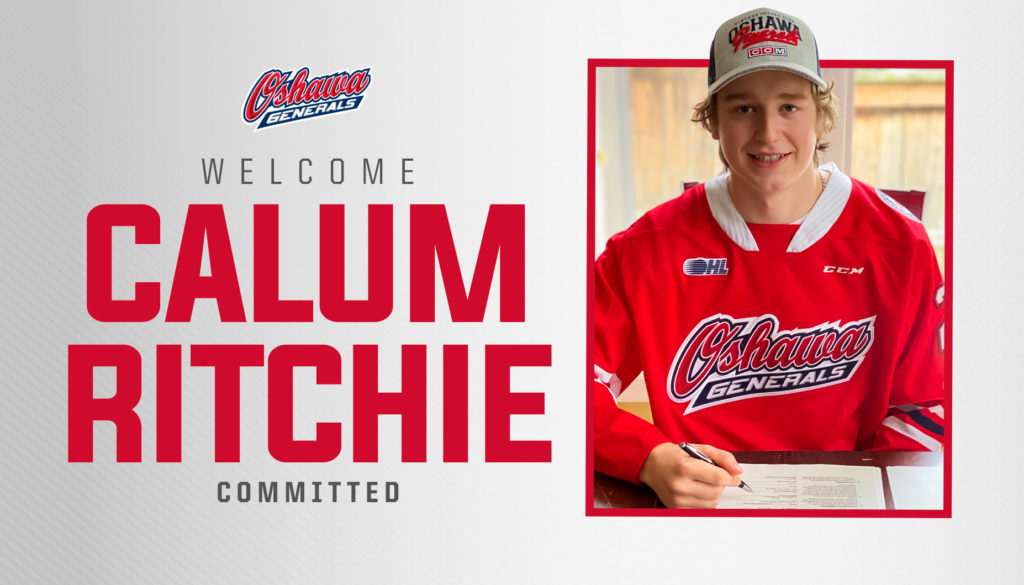 Oshawa, Ont. – The Oshawa Generals organization is extremely excited to announce the commitment of Calum Ritchie to the team. Ritchie was selected second overall at the 2021 OHL Priority Selection on June 4.

One of five Oakville Rangers to be taken in the first round, Ritchie, as the captain of the Rangers, consistently thanked his teammates for where he has been able to take his game to this point.

Vice president and General Manager, Roger Hunt, could not be more excited to have Ritchie officially join the organization.

“It’s an extremely exciting day to get Calum committed to a standard player agreement. He’s got a number of solid years in front of him, and for our fans who have waited so long for good news, there’s no better way to start our return to the ice than with a player like him added to the roster.”

“I am so honoured and excited to officially be part of the Oshawa Generals family,” Ritchie said. “I am looking so forward to starting the season with my new team and meeting all of the awesome Generals fans!”