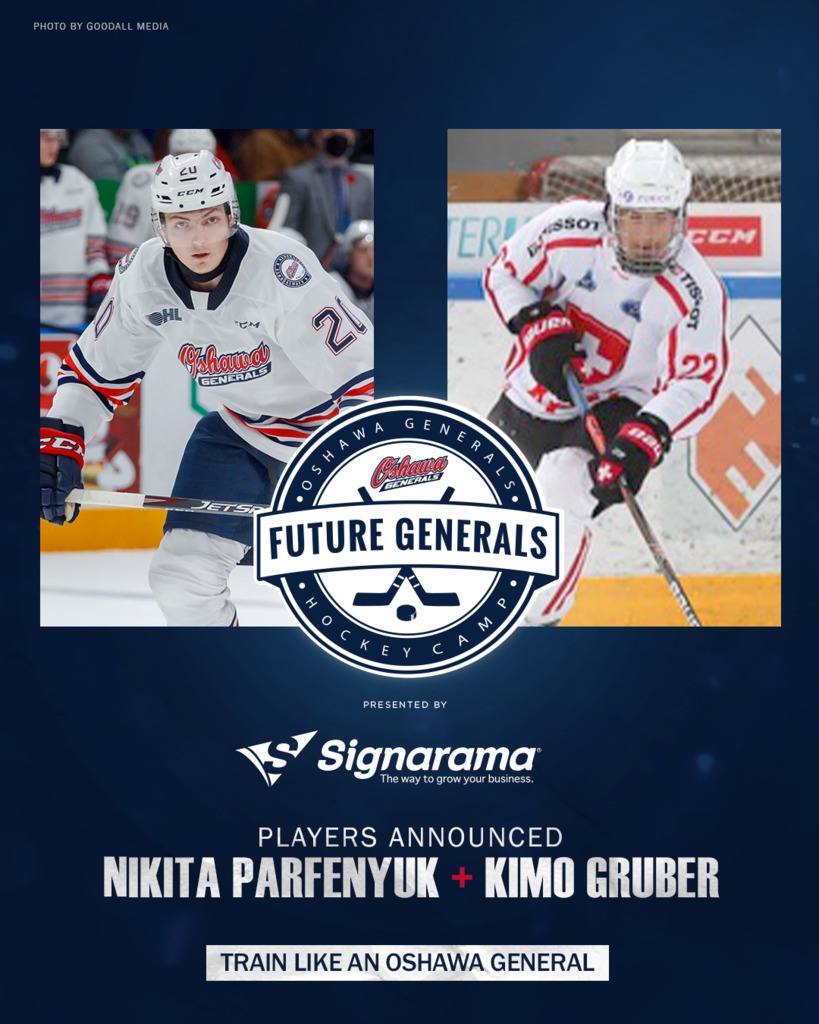 Oshawa, Ont., – The Future Generals Hockey Camp presented by Signarama announces Nikita Parfenyuk and Kimo Gruber as the first set of coaches. They’re the first coaches announced for this year’s camp, along with members of the Oshawa Generals coaching staff for what is sure to be an exciting week for all campers attending. The Future Generals Hockey Camp is being held on August 22nd -26th at the Tribute Communities Centre.

In Parfenyuk’s rookie season with the club, the 18-year-old blueliner suited up in 34 games, scoring one goal, and adding 10 assists. Parfenyuk was forced to miss half of his season due to a wrist injury suffered early in the season.

The second player coach joining the camp this season is Kimo Gruber. Gruber is fresh off his committment to the team, officially joining the club on July 18th. The Bülach, Switzerland native spent the 2021-2022 season with the Kloten U20 of the Swiss U20 Elite League. In 16 games, Gruber scored eight goals and added 10 assists. Gruber has also spent time on the international stage, representing Switzerland at both the U17 and U18 level.

Gruber is already touted as a promising prospect for the 2023 NHL Draft.