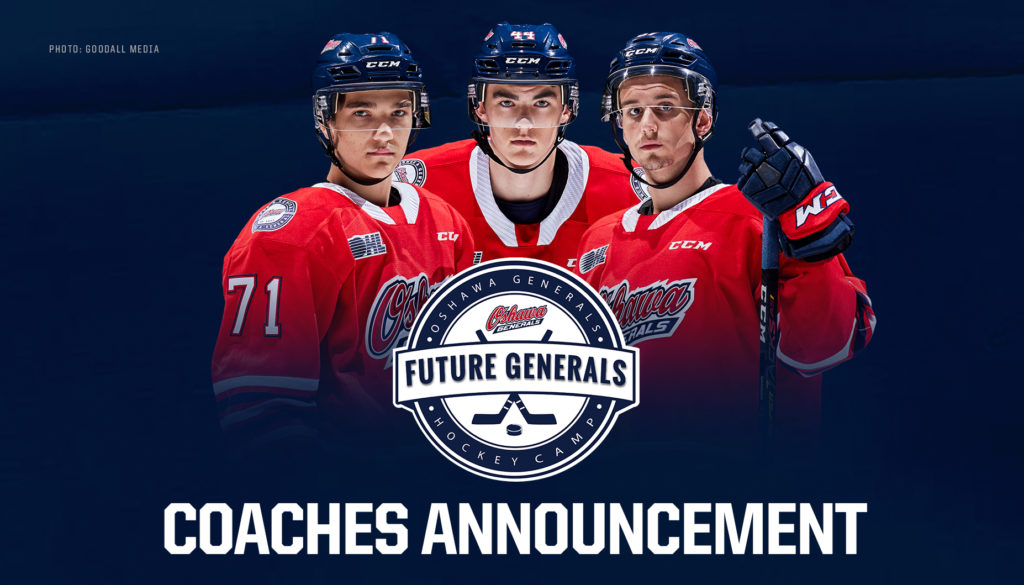 The Future Generals Hockey Camp announces Brett Harrison, Ryan Gagnier, and Ty Tullio as coaches. They’re the first coaches announced for this year’s camp, along with members of the Oshawa Generals coaching staff for what is sure to be an exciting week for all campers attending. The Future Generals Hockey Camp is being held on August 23rd -27th at the Tribute Communities Centre.

Throughout the OHL’s extended offseason, Harrison spent time overseas with KOOVEE, in Finland, as well as a stint with Hockey Canada. Harrison was selected to be a member of Team Canada for the 2020 U-18 World Hockey Championship. In seven games, Harrison scored two goals en route to a Gold medal.  A first-round draft pick of the Generals in 2019, Harrison was picked in the third round by the Boston Bruins in the most recent NHL draft.

In Ryan Gagnier’s rookie season with the club in 2019-2020, the 19-year-old suited up in 57 games, scored five goals, and added three assists. Gagnier will assume a larger more key role in the upcoming OHL season as one of the veterans on the team.

Finally, Ty Tullio used his extended offseason to continue developing his game. During the COVID-19 pandemic, Tullio has found playing time in Slovakia with Liptovsky Mikulas, the Bakersfield Condors of the AHL, and Team Canada at the 2021 World Junior Summer Showcase. In 19 games playing in the top Slovak men’s league, Tullio scored four goals and nine assists.