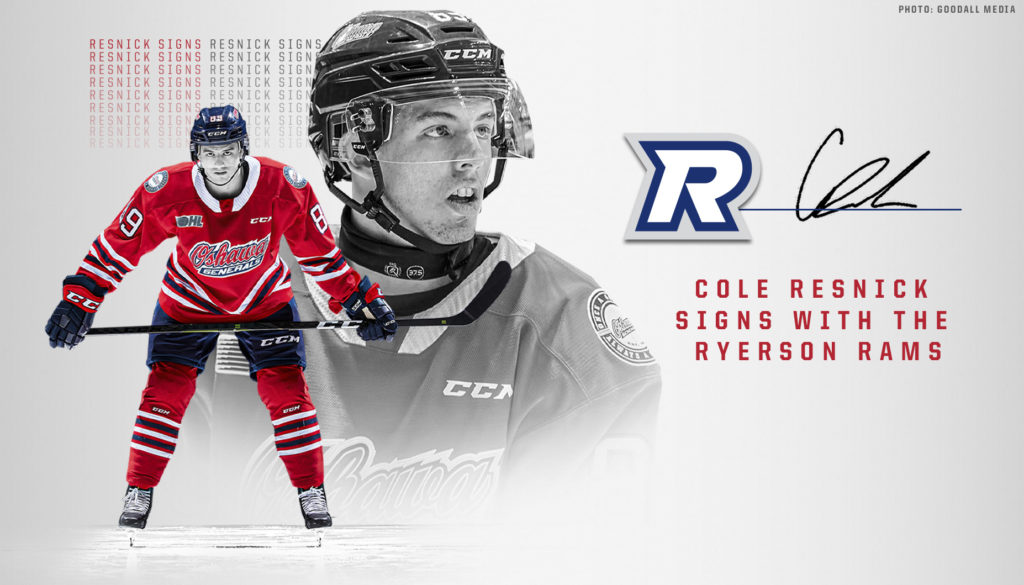 Oshawa, ON- The Ryerson Rams announced today that Cole Resnick has committed to their Men’s Hockey program for the beginning of the 2020-21 season.

Resnick has been a part of the Generals organization for the past three seasons where he played in 115 regular season games in a Generals uniform. He was added to the Generals coaching staff earlier this season after the team had more over-age players than the Ontario Hockey League player limit. The Generals retained his rights during this time to allow this re-addition to the roster with an injury the fellow over-ager, Daniel Walker. He finished the remainder of the season as a skater.

“It’s great to see another Oshawa Generals player extend their playing career in U Sports,” said Vice President and General Manager, Roger Hunt on the announcement. “We look forward as an organization to following the Ryerson Rams and their many Generals alumni as former Generals Hayden McCool and Domenico Commisso are also members of the team.”

The Thornhill, ON native will be studying Business Management in September at the university and says he chose Ryerson because of “their recognition within the business community, and their impressive hockey program.”