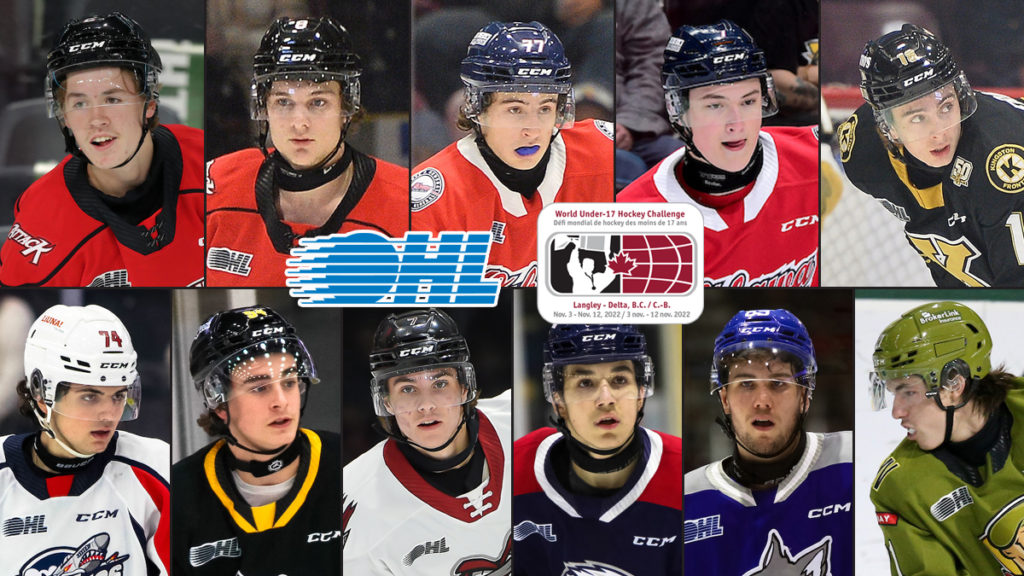 A total of 11 OHL players along with hockey operations representatives are returning home from Langley and Delta, British Columbia with silver medals from the 2022 World Under-17 Hockey Challenge.

Canada Red made it all the way to the Championship Final before falling 11-3 to the United States, finishing the tournament with an overall record of 4-3-0.

“We liked the way we started the game; we were playing well. Their goalie made some big saves when we had a power play early on,” said Canada Red head coach Greg Walters. “We thought we were playing a really good hockey game. We made one bad turnover and then the game kind of spiralled away from us.”

Porter Martone (Sarnia Sting) scored a pair of goals in the loss to finish leading all OHL players at the World Under-17’s with 12 points (7-5–12) in seven games.

Canada Black placed fourth in the tournament with a 3-3-1 record following a 7-1 loss to Finland in the Bronze Medal game. Canada White finished sixth with a record of 2-3-1.

The silver medal is Canada’s first medal finish at the World Under-17’s since 2017 when Canada Red won silver in Dawson Creek and Fort St. John, BC.