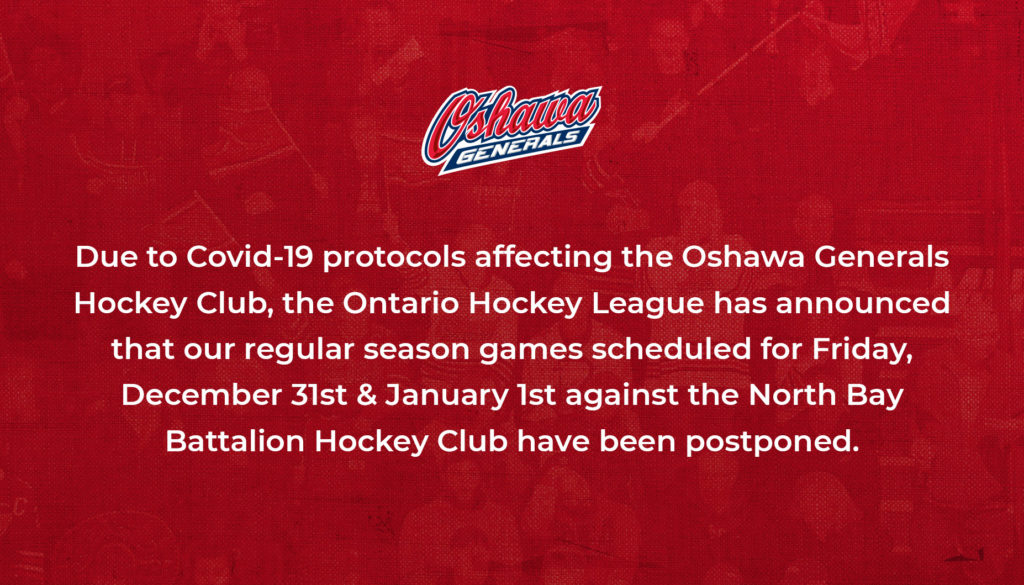 Oshawa, Ont. – Due to league Covid-19 protocols affecting the Oshawa Generals Hockey Club, the Ontario Hockey League has announced that our regular season games scheduled for December 31st and January 1st versus the North Bay Battalion have been postponed.

The Ontario Hockey League and the Oshawa Generals will not be providing comments at this time. The League will provide an update on the matter as information becomes available.

The game will be rescheduled at a later date.

Ticket holders for the January 1st game will have three options regarding their tickets: